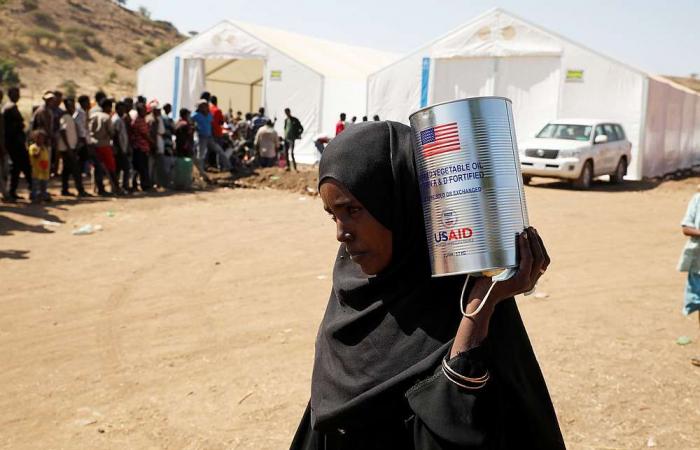 Hello and welcome to the details of UN: Two refugee camps in Ethiopia’s Tigray ‘completely destroyed’ and now with the details

GENEVA, March 26 — The United Nations said today that a team had reached two camps for Eritrean refugees in Ethiopia’s northern Tigray region for the first time since November, finding them destroyed.

UN refugee agency spokesman Boris Cheshirkov told reporters in Geneva that a team had gained access to the Shimelba and Hitsats refugee camps, and “found both camps completely destroyed, and all the humanitarian facilities looted and vandalised”.

The mission, conducted jointly between the UNHCR refugee agency and the UN humanitarian agency OCHA, found that most shelters in the Hitsats camp, as well as the UN offices and the staff guest house had been “burnt to the ground,” he said.

This confirmed what satellite imagery and accounts from refugees had indicated earlier this year, he said, adding that he did not have information about who was behind the destruction.

Cheshirkov said the joint mission had also managed to visit Shiraro town, where refugees were believed to be scattered and “in urgent need of safety and support”.

A subsequent mission would aim to identify the numbers living in the area and determine whether UNHCR and the Ethiopian Agency for Refugees and Returnee Affairs (ARRA) could deliver aid there and work out plans for voluntary relocation, he said.

“UNHCR is deeply concerned for the well-being of the Eritrean refugees who had been residing there, all of whom have fled the camps,” Cheshirkov said.

Around 20,000 refugees had been living in the two camps before the crisis erupted last November, when Ethiopian Prime Minister Abiy Ahmed launched a military campaign in Tigray after accusing the region’s governing party, the Tigray People’s Liberation Front (TPLF), of attacks on army camps.

Abiy, the winner of the 2019 Nobel Peace Prize, faces mounting pressure to end fighting in which both Eritrean and Ethiopian troops stand accused of abuses including mass killings and rapes.

Abiy said today that Eritrea would pull its troops out of Tigray — a presence Addis Ababa and Asmara had denied for months.

Cheshirkov said that more than 7,000 former residents of the two camps had either made their own way or had been helped by the Ethiopian authorities to reach the two other camps in Tigray for Eritrean refugees: Mai Aini and Adi Harush.

Those two camps had already been “over-capacity” and the new arrivals were living with relatives, in schools or other communal buildings, and in around 500 newly-built shelters, he said.

Another 100 shelters were under construction, but “they will not be sufficient”, he said, stressing that with the rainy season looming, there was an urgent need to identify alternative locations to accommodate the refugees.

Cheshirkov said local authorities had reported the presence of some 95,000 Ethiopians who are internally displaced within Shiraro’s administrative area, with more than half of them arriving since last month.

“All of the displaced people in Shiraro and Shimelba are in dire need of urgent life-saving assistance, including food, shelter, health care, water and sanitation,” he said.

The UN refugee agency reiterated its call for all parties to allow for “the free and safe movement of affected people in search of safety and assistance”.

This, Cheshirkov said, included movement “across international and within national borders, regardless of their ethnic identification”. — AFP

These were the details of the news UN: Two refugee camps in Ethiopia’s Tigray ‘completely destroyed’ for this day. We hope that we have succeeded by giving you the full details and information. To follow all our news, you can subscribe to the alerts system or to one of our different systems to provide you with all that is new.