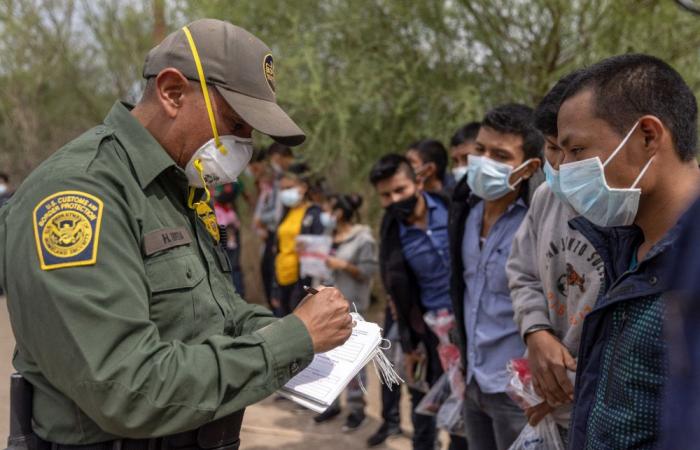 Hello and welcome to the details of Facing influx of migrants, Biden says he makes ‘no apologies’ for border policy changes and now with the details

WASHINGTON, March 26 — US President Joe Biden said yesterday he would not apologise for rolling back immigration policies of his Republican predecessor that undermined “human dignity” and brushed off criticism that migrants were making the journey to the southern border because they perceived him to be a “nice guy.”

Speaking at his first White House news conference, Biden sought to defend his handling of rising migration at the US-Mexico border. While he mostly struck an empathetic tone, he said the United States was expelling the vast majority of migrants, including families, under a Covid-19 public health order.

The Trump-era order allows border agents to rapidly expel migrants without giving them a chance to claim asylum, but it has angered civil rights groups, who say it is illegal.

The number of migrants caught at the border has climbed sharply in recent weeks, thrusting Biden into an emerging humanitarian and political crisis a little more than two months after he took office.

The migrants include a rising number of unaccompanied minors, who have not been subject to the pandemic-related expulsion policy. As of Tuesday, nearly 5,000 children were backed up in crowded border stations awaiting transfers to overwhelmed federal shelters.

Biden said he would not leave children stranded at the border.

“I make no apologies for ending programs that did not exist before Trump became president that have an incredibly negative impact on the law, international law, as well as on human dignity,” he said.

US Border Patrol caught roughly 100,000 migrants at the border in February, the highest monthly level since a spike in mid-2019. Homeland Security Secretary Alejandro Mayorkas said last week that border crossings are on pace for the highest level in 20 years.

A senior Biden administration official yesterday forecast that numbers would likely rise during “spring caravans” and said the government planned to “go after” smuggling organizations that were manipulating migrants.

Smugglers told Reuters this month that they had been encouraging parents to send their children alone as a result of the shift in US policy since Biden took charge.

Republican opponents say Biden, a Democrat, encouraged more migrants to cross illegally when he rolled back some of Trump’s restrictive policies.

During the news conference, Biden said his government was in talks with Mexico to encourage Mexican authorities to take back more migrant families, many of whom are fleeing violence and poverty in Central America.

Asked for clarification on Biden’s comment at a briefing to reporters, White House officials did not cite any specific progress but said the two countries were working together on the issue.

Mayorkas said earlier this month that the United States was working with Mexico to increase its capacity to receive expelled families.

While Biden said yesterday that the “vast majority” of families are being sent back to Mexico under the Trump-era health order, which is known as Title 42, US government data suggests that is not the case.

More than half of the 19,000 family members caught at the border in February were not expelled, with many released into the United States to pursue immigration court cases.

For example, on March 17, only 15 per cent of family members caught were expelled under the order, according to internal US Customs and Border Protection data shared with Reuters. — Reuters

These were the details of the news Facing influx of migrants, Biden says he makes ‘no apologies’ for border policy changes for this day. We hope that we have succeeded by giving you the full details and information. To follow all our news, you can subscribe to the alerts system or to one of our different systems to provide you with all that is new.