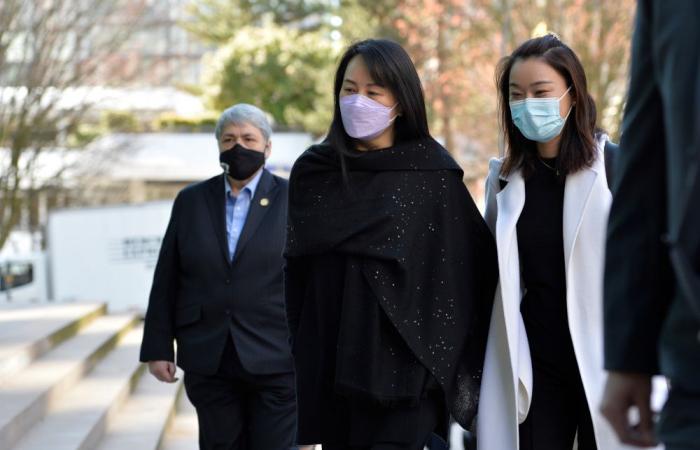 The exchange came as prosecutors defended the refusal of Ben Chang, a former Royal Canadian Mounted Police officer, to take the stand. Chang is accused by the defense of improperly sharing identifying details about Meng’s electronic devices with US authorities.

Chang has denied the allegation in an affidavit submitted to courts.

Meng’s lawyers asked British Columbia Supreme Court Associate Chief Justice Heather Holmes on Monday for Chang’s testimony to be taken with adverse inference, meaning the court would accept that if Chang was subjected to cross-examination, evidence unfavourable to him and the prosecution would emerge.

Meng, 49, was arrested in December 2018 at Vancouver International Airport on a warrant from the United States, charging her with bank fraud for allegedly misleading HSBC about Huawei’s business dealings in Iran and potentially causing the bank to break US sanctions.

She has said she is innocent and is fighting extradition to the United States from house arrest in Vancouver.

Meng’s legal team wants the extradition request to be dismissed, arguing abuses of process occurred before and after her arrest. Federal prosecutors have pushed back, arguing that authorities were doing their jobs under difficult circumstances, and that the defense’s story is “based on speculation.”

Yesterday, federal prosecutor John Gibb-Carsley urged Holmes to apply ordinary logic and experience in assessing the truthfulness of a sworn statement submitted by Chang in October 2019, rather than adverse inference.

Holmes said it was “difficult to work with the idea that I should apply ordinary logic and experience” when she had no information about the context of Chang’s actions, due to his refusal to submit to questioning.

She also suggested that Chang’s refusal to testify was not ordinary.

Prosecutors are expected to continue their arguments through Friday. Meng’s case is set to wrap up in May. — Reuters

These were the details of the news Judge questions police witness’s refusal to testify in Huawei CFO extradition case for this day. We hope that we have succeeded by giving you the full details and information. To follow all our news, you can subscribe to the alerts system or to one of our different systems to provide you with all that is new.