Congress to grill US internet giants over disinformation 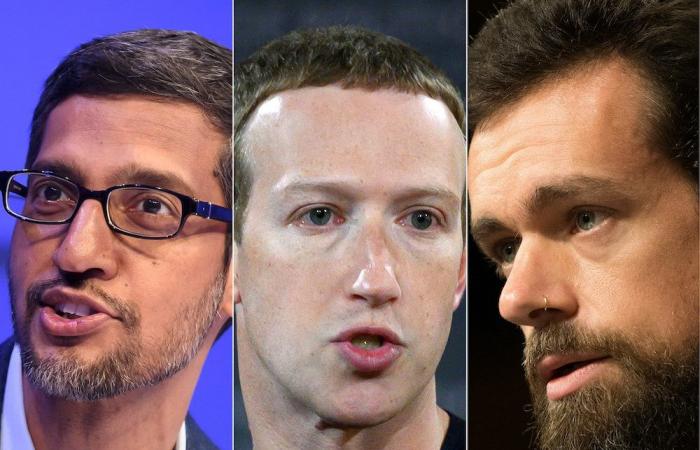 SAN FRANCISCO, March 25 — The heads of Facebook, Google and Twitter will be grilled by members of Congress today on disinformation, following a tense US election, Capitol attack and rise of a new administration seemingly intent on doing battle with Big Tech.

The remote video hearing is the fourth for Facebook’s Mark Zuckerberg and Twitter’s Jack Dorsey since last July and the third for Google’s Sundar Pichai: Evidence of how the companies’ vast economic and political power has landed them squarely in the crosshairs of Democrats and Republicans alike.

“Whether it be falsehoods about the Covid-19 vaccine or debunked claims of election fraud, these online platforms have allowed misinformation to spread, intensifying national crises with real-life, grim consequences for public health and safety,” said the heads of the two Congressional subcommittees holding the hearing, in a statement.

A recent backlash against the tech behemoths, which dominate key economic sectors, has intensified as their influence has grown during the coronavirus pandemic.

“It’s still politics and you are still going to have the whole Republicans-versus-Democrats and free speech coming into play.”

US President Joe Biden this week named a prominent advocate of breaking up Big Tech firms, Lina Khan, to head the Federal Trade Commission, in a move suggesting an aggressive posture on antitrust enforcement.

Another Big Tech critic, Tim Wu, was recently appointed to an economic advisory post in the White House.

In prepared testimony released yesterday, the tech executives played up efforts to fight abuses such as the spread of disinformation.

Such talk avoids “the elephant in the room” of having enabled the misconduct, according to Milanesi.

“If I have to hire seven people to sweep up the broken glass from the bulls in the china shop, if I let them in in the first place I don’t get brownie points for cleaning up the mess,” the analyst said.

Stakes for the tech giants are high: Multiple senators back a Safe Tech Act, which would reform legislation favored by the companies which is meant to protect them from being held responsible for the content posted on their platforms.

Zuckerberg said in prepared remarks that the act “would benefit from thoughtful changes” but the way forward is challenging given the “chorus of arguing” over whether it is doing more harm than good.

Zuckerberg suggested Congress make liability for law-breaking content conditional on the ability of companies to meet established standards for fighting such abuses.

“Instead of being granted immunity, platforms should be required to demonstrate that they have systems in place for identifying unlawful content and removing it,” Zuckerberg said.

“Platforms should not be held liable if a particular piece of content evades its detection - that would be impractical for platforms with billions of posts per day.”

Interest in reforming the legislation, called Section 230 of the Communications Decency Act, has been heightened by former president Donald Trump hinting he may launch his own social media platform.

Trump’s provocative use of social media was a defining feature of his presidency. He often used tweets to slam his critics or to announce personnel changes or significant policy shifts.

But Twitter permanently suspended his account after he used it to rile up supporters who stormed the US Capitol on January 6 in a deadly rampage.

“We need to be asking more from big tech companies, not less,” Democratic Senator Amy Klobuchar of Minnesota said in a release announcing the Safe Tech Act.

“Holding these platforms accountable for ads and content that can lead to real-world harm is critical, and this legislation will do just that.”

“I am kind of surprised at the timing of all of this,” Milanesi said of the Thursday hearing.

“Although it is an important topic, I feel there are more important topics like getting people vaccinated and helping them put food on the table.” — AFP

These were the details of the news Congress to grill US internet giants over disinformation for this day. We hope that we have succeeded by giving you the full details and information. To follow all our news, you can subscribe to the alerts system or to one of our different systems to provide you with all that is new.