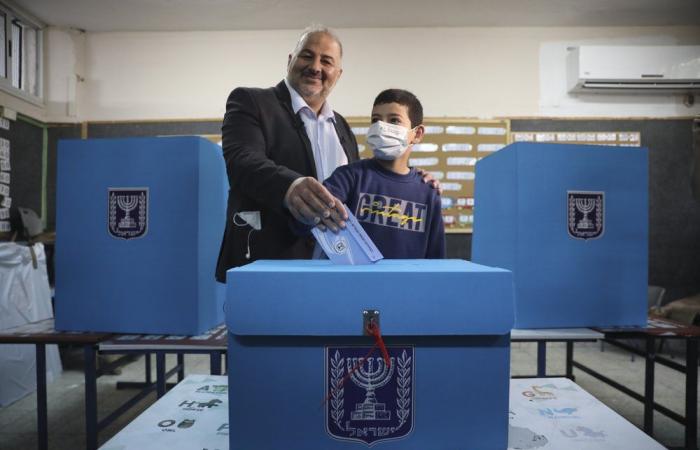 You read that correctly.

Tuesday’s elections have left a razor-thin margin between a right-wing coalition led by Prime Minister Benjamin Netanyahu and a diverse array of parties bent on ousting him.

To prevail, each side may need the support of an Arab Islamist party that appears to have clinched just five seats in the 120-member Knesset but is not committed to either, according to near-final results.

That means the United Arab List, known by the Hebrew name Ra’am, could decide whether Netanyahu, Israel’s longest-serving prime minister, remains in office.

It’s an odd predicament for Netanyahu, who rose to power by rejecting compromise with the Palestinians and has used racist rhetoric in past campaigns to cast the country’s Arab minority as a fifth column of terrorist sympathizers.

This time, however, in Israel’s fourth elections in two years, Netanyahu sought Arab support in what many saw as a two-pronged strategy aimed at picking up votes and splitting the Joint List, an alliance of Arab parties that won a record 15 seats in elections last year.

If so, he succeeded, convincing Mansour Abbas, the leader of the United Arab List, to run a separate list. Now Abbas appears to hold the keys to the kingdom.

Israelis vote for party lists rather than individual candidates, and seats are apportioned out based on the percentage of votes received. No single party has ever won a 61-seat majority, so larger parties must assemble governing coalitions — often with fringe parties.

With around 88 percent of votes counted, Netanyahu and his natural allies, and the bloc opposing him, each lack a 61-seat majority in the Knesset.

Unless another party decides to switch sides, each would need Abbas’ support to form a government and avoid yet another round of elections.

Unlike other Arab leaders, Abbas has not ruled out working with the Likud or other right-wing parties if he can secure gains for the Arab community, which faces widespread discrimination, mounting poverty amid the coronavirus pandemic and a wave of violent crime.

Arab parties have never asked to serve in an Israeli government or been invited to do so. Abbas could break with that tradition, potentially requesting a Cabinet post in return for his support. More likely, he would not hold an official post, but instead support the coalition from outside the government in return for greater public investment in housing, infrastructure and law enforcement in Arab communities.

In an interview with Army Radio on Wednesday, Abbas reiterated that he did not rule out joining either side and hinted at bolder ambitions. “We want to use not only parliamentary tools, but Cabinet tools to accomplish things for the benefit of Arab society,” he said.

That may be difficult to pull off. Netanyahu’s coalition would also have to include the Religious Zionist Party, whose leading candidates are openly racist. The differences between Abbas and the far-right group would be difficult to bridge.

In a TV interview Wednesday, Abbas said the Religious Zionists were “not the address” for solving the political standoff.

There’s also a chance that Naftali Bennett, a right-wing leader who also remains uncommitted, throws his support behind the anti-Netanyahu bloc. In that case, it could dispense with the UAL if it maintained the support of the larger Arab Joint List. Netanyahu could also potentially form a coalition without the UAL if he convinces members of the other bloc to defect.

Abbas hails from the Islamic Movement, which was established in 1971 along the lines of the pan-Arab Muslim Brotherhood group. Its primary aim is the Islamization of Arab society, which it pursues through religious outreach and a vast network of charities.

The group split into two branches in 1996 over the question of whether to participate in politics.

The more radical northern branch, led by the firebrand cleric Raed Salah, rejects participation in Israeli politics and has been accused of having close ties to Hamas, the Palestinian militant group that also emerged from the Muslim Brotherhood. Salah has been arrested on a number of occasions, and is currently in jail after being convicted of inciting terrorism. Israel outlawed his group in 2015, accusing it of inciting violence.

The southern branch, to which Abbas belongs, has adopted a conciliatory stance toward Israel and is focused more on socio-economic issues than the conflict with the Palestinians. It has allied with secular and left-wing Arab parties in past elections, but has broken with them on issues related to its religious conservatism, such as support for LGBTQ rights.

Arabs make up around 20 percent of Israel’s population of 9.3 million. They have citizenship, speak fluent Hebrew and are well-represented in the medical profession and at universities.

But they face widespread discrimination in housing and public services. In recent years they have held regular protests condemning violent crime and accusing Israeli authorities of failing to do enough to protect their communities, allegations rejected by the police.

Israel’s Arab citizens have close family ties to Palestinians in the West Bank and Gaza and largely identify with the Palestinian cause. That has led many Israeli Jews to view them with suspicion, something Netanyahu and other right-wing leaders have capitalized on in previous elections.

Ahead of polls in 2015, Netanyahu drew criticism after warning his supporters that Arabs were voting “in droves.” In 2019 he pushed for the placement of observers and cameras at polling stations in Arab areas, which critics said was an attempt to intimidate voters.

It remains to be seen whether those remarks will come back to haunt him.

Another victory would extend his 12 years in power — already the longest in Israeli history. Defeat would likely mean the end of his political career and leave him increasingly vulnerable to prosecution and potentially jail time as his trial on corruption charges proceeds. Or the country could plunge into another election campaign, prolonging two years of deadlock.

Abbas could decide which path awaits.

These were the details of the news Tight Israeli vote means Arab Islamist could choose next PM for this day. We hope that we have succeeded by giving you the full details and information. To follow all our news, you can subscribe to the alerts system or to one of our different systems to provide you with all that is new.