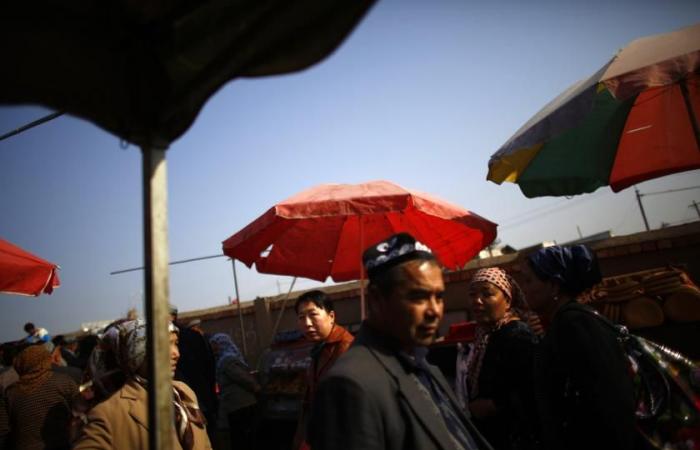 Hello and welcome to the details of West sanctions China over Xinjiang abuses, Beijing hits back at EU and now with the details

Beijing hit back immediately with punitive measures against the EU that appeared broader, including European lawmakers, diplomats, institutes and families, and banning their businesses from trading with China.

The coordinated effort appeared to be early fruit in a concerted US diplomatic push to confront China in league with allies, a core element of Biden’s still evolving China policy.

Senior US administration officials have said they are in daily contact with governments in Europe on China-related issues, something they call the “Europe roadshow.”

“Amid growing international condemnation, (China) continues to commit genocide and crimes against humanity in Xinjiang,” US Secretary of State Antony Blinken said in statement ahead of meetings with EU and Nato ministers in Brussels this week.

Activists and UN rights experts say at least 1 million Muslims have been detained in camps in Xinjiang. The activists and some Western politicians accuse China of using torture, forced labour and sterilisations. China says its camps provide vocational training and are needed to fight extremism.

The European Union was the first to impose sanctions yesterday on four Chinese officials, including a top security director, and one entity, a decision later mirrored by Britain and Canada.

Those also targeted by the United States were Chen Mingguo, director of the Xinjiang Public Security Bureau and another senior official in the region, Wang Junzheng.

The United States had already last year designated for sanctions the top official in Xinjiang, Chen Quanguo, who was not targeted by the other Western allies yesterday, to avoid a larger diplomatic dispute, experts and diplomats said.

The foreign ministers of Canada and Britain issued a joint statement with Blinken, saying the three were united in demanding that Beijing end its “repressive practices” in Xinjiang.

Evidence of abuses was “overwhelming”, including satellite imagery, eyewitness testimony, and the Chinese government’s own documents, they said.

Separately, the foreign ministers of Australia and New Zealand issued a statement expressing “grave concerns about the growing number of credible reports of severe human rights abuses against ethnic Uighurs and other Muslim minorities in Xinjiang” and welcoming the measures announced by Canada, the European Union, Britain and the United States.

The move by the US and its allies follows two days of talks between US and Chinese officials last week, which laid bare the tensions between the world’s two largest economies.

The EU accused Chen Mingguo of “arbitrary detentions and degrading treatment inflicted upon Uighurs and people from other Muslim ethnic minorities, as well as systematic violations of their freedom of religion or belief”.

The EU has sought to avoid confrontation with Beijing and Monday’s sanctions were the first significant measures since the 1989 Tiananmen Square crackdown, although Brussels targeted two computer hackers and a technology firm in 2020 as part of broader cyber sanctions.

The steps were praised by the United States. “A united transatlantic response sends a strong signal to those who violate or abuse international human rights,” Blinken said.

While mainly symbolic, the EU sanctions mark a hardening towards China, which Brussels regarded as a benign trading partner but now views as a systematic abuser of rights and freedoms.

Britain has repeatedly denounced torture, forced labour and sterilisations that it says are taking place on an “industrial scale” in Xinjiang and repeated its criticism of Beijing on Monday.

German politician Reinhard Butikofer, who chairs the European Parliament’s delegation to China, was among the most high-profile figures to be hit. The non-profit Alliance of Democracies Foundation, founded by former Nato secretary-general Anders Fogh Rasmussen, was on the list, according to a statement by China’s Ministry of Foreign Affairs.

Also included was Adrian Zenz, a German scholar whose research was cited by the State Department last year when highlighting alleged abuses in Xinjiang.

The Netherlands summoned China’s ambassador to The Hague after Beijing announced its measures on 10 Europeans, while the European Parliament, along with German, Dutch, Belgian and other foreign ministers, rejected the Chinese retaliation.

“These sanctions prove that China is sensitive to pressure,” Dutch lawmaker Sjoerd Sjoerdsma, who was put on China’s sanctions list, said on Twitter. “Let this be an encouragement to all my European colleagues: Speak out!”

Restricted from entering China or doing business with it, Beijing accused its targets of seriously harming the country’s sovereignty over Xinjiang.

These were the details of the news West sanctions China over Xinjiang abuses, Beijing hits back at EU for this day. We hope that we have succeeded by giving you the full details and information. To follow all our news, you can subscribe to the alerts system or to one of our different systems to provide you with all that is new. 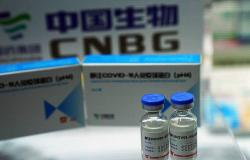 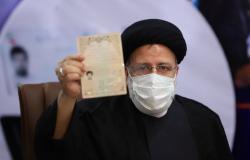 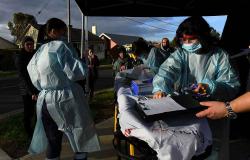