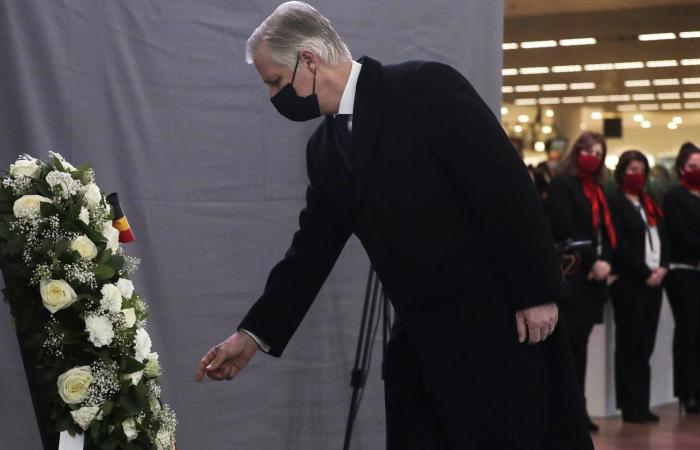 Jeddah - Yasmine El Tohamy - NEW DELHI: Officials in India’s northern city of Haridwar said on Monday that testing for the coronavirus disease (COVID-19) would increase amid the health ministry’s concerns over a surge in infections among millions of devotees attending a mass Hindu religious event in the area.

The Kumbh Mela is a month-long gathering that takes place once every 12 years with organizers expecting a footfall of 150 million Hindus, or a population roughly the size of Russia, to converge on the northern state of Uttarakhand, this year.

Though the Kumbh Mela officially starts April 1, the festival began with the “first dip” in the Ganges on March 11 when around 3 million devotees bathed in the river, which is considered sacred for Hindus.

Harbeer Singh, one of the few officials in charge of the festival, told Arab News on Monday that “around 100 people had tested positive for COVID-19” so far.

On Sunday, India’s health ministry wrote to state officials in Haridwar, voicing concerns over the event and pushing for “stringent measures to control the spread of COVID-19 during the Kumbh Mela.”

“Twelve states in India have shown a surge in COVID-19 cases during the past few weeks, and pilgrims expected to visit Haridwar during the Kumbh Mela could also be from these states,” the statement said.

“There is a potential of an upsurge in cases in the local population after the auspicious Shahi Snan (bathing days) during the Kumbh Mela,” it added.

Singh said that they were aware of the health ministry’s concerns, but the “only way to address it was to step up stringent measures.”

“We will have to increase the testing per day, and we are working on it,” he said, adding that “whether the festival should go on or not depends on the state government. Our responsibility is to manage the show here.”

The location of the Kumbh Mela festival rotates between four pilgrimage sites situated along the banks of the holy rivers.

Hindus believe that bathing in the sacred rivers during this period absolves them of sins and brings salvation from the cycle of life and death.

While Singh said that nearly 55,000 people were being tested for COVID-19 daily, the health ministry said it is “not enough.”

The statement from the ministry said that the share of COVID-19 tests “being conducted at present needs to be significantly increased” to ensure that the pilgrims and location population are tested appropriately.

The ministry’s concerns follow what experts said is the “second wave” of the pandemic, with several blaming the government for “trivializing the fight against COVID-19.”

India registered 46,951 cases of COVID-19 and 212 related fatalities, taking the country’s cumulative tally past 11.6 million and the death toll to 159,967 in the past 24 hours, according to government data.

“Infections are happening among people who have not been infected earlier,” Dr. T. Jacob John, an epidemiologist in the South Indian city of Vellore, told Arab News on Monday.

He added that “there are some variants that are spreading faster than the original virus.”

India launched its vaccination program on Jan. 16, but less than 3 percent of the total population of 1.36 billion has been vaccinated so far.

Experts say that, at this rate, it will take over a decade to vaccinate the entire country.

“The government’s vaccination policy is not scientific but political. Vaccines should have been rushed to those areas where the surge is taking place,” said John, who is also associated with the Vellore-based Christian Medical College.

He questioned the government’s rationale for allowing such a massive religious gathering to be held at this time.

“From day one, the government has never been worried about the virus. It has trivialized the problem. Ideally, it should not have allowed the gathering to take place, but the ruling Bharatiya Janata Party caters to the Hindu majoritarian sentiment.”

In September last year, daily cases had reached 100,000, with some fearing that India had no option but to impose another lockdown.

“To say that people are being careless is stating the obvious. This has been the case earlier. The government is failing in its efforts to enforce measures that can contain the spread of the virus,” Dr. Avinash V. Bhondwe, based in the western Indian city of Pune, told Arab News on Monday.

The Maharashtra government has imposed a night curfew in ten districts until March 31 to contain the spread of the virus, while the central Indian state of Madhya Pradesh has observed weekend lockdown in three of its worst-affected districts.

“If the social and religious gatherings do not stop, then vaccination efforts will not yield the desired result. All political parties and the government should show seriousness in fighting the virus,” Bhondwe, who is the head of the Maharashtra wing of India’s premier medical body, the Indian Medical Association, added.

These were the details of the news Belgium marks 5 years since deadly Brussels bombing for this day. We hope that we have succeeded by giving you the full details and information. To follow all our news, you can subscribe to the alerts system or to one of our different systems to provide you with all that is new.