Protesters against policing bill clash with officers in Bristol, England 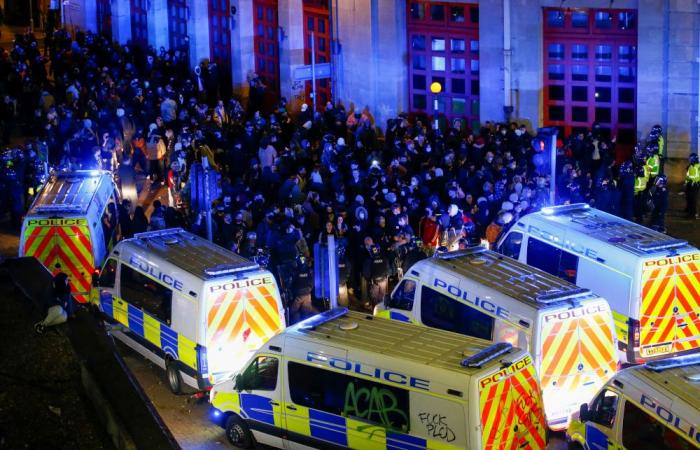 Hello and welcome to the details of Protesters against policing bill clash with officers in Bristol, England and now with the details

BRISTOL, March 22 — Police and protesters clashed in the city of Bristol in south-west England yesterday at a demonstration against a government bill that would give police new powers to restrict protests.

Thousands of protesters converged on the city centre, defying Covid-19 restrictions banning such gatherings and ignoring an appeal from the local police force to express their views by joining virtual protests.

A Reuters photographer at the scene saw some demonstrators launch fireworks towards police officers, try and knock over a police van, scale a police building and spray graffiti on it.

Protesters carried placards with slogans such as “The Day Democracy Became Dictatorship” and “We Can’t Be Silenced That Easy”.

The local Avon and Somerset Police asked the public to avoid the Bridewell Street area, where disturbances were still going on at nightfall.

“Officers ... have had projectiles thrown at them, including a firework, and have been verbally abused. This is unacceptable behaviour and those responsible for offences will be identified and brought to justice,” the force said on Twitter.

The government’s Police, Crime, Sentencing and Courts bill, currently going through parliament, would give police new powers to impose time and noise limits on street protests.

That has angered activists, particularly since a heavy-handed police response to a London vigil for murder victim Sarah Everard on March 13 caused widespread outrage and criticism of the police.

The man suspected of Everard’s murder is a police officer, and the case has unleashed an outpouring of grief and rage over the issue of violence against women and girls.

The government bill pre-dated the Everard case and covers a wide range of policy areas as well as the policing of protests. However, the two became connected in many people’s minds because, by coincidence, the bill was up for debate in parliament two days after the London vigil. — Reuters

These were the details of the news Protesters against policing bill clash with officers in Bristol, England for this day. We hope that we have succeeded by giving you the full details and information. To follow all our news, you can subscribe to the alerts system or to one of our different systems to provide you with all that is new.