Outrage as Erdogan pulls Turkey out of European treaty against violence 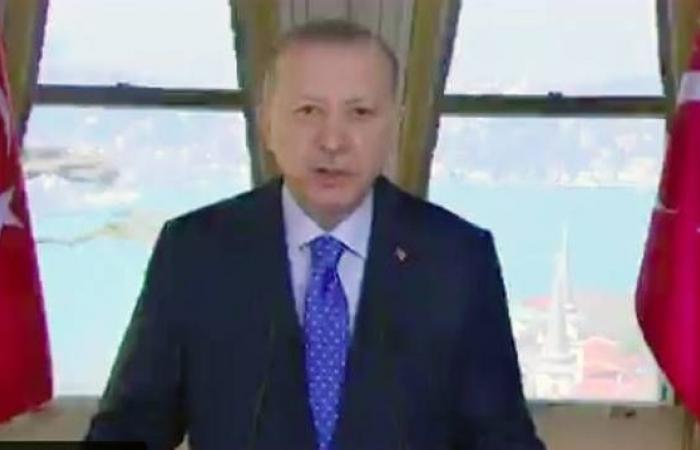 Hind Al Soulia - Riyadh - ANKARA —Turkey has withdrawn from a landmark European treaty protecting women from violence that it was the first to sign 10 years ago, provoking a wave of anger at a time when attacks have been on the rise.

His move follows months of pressure from conservative groups, who had called for Turkey to withdraw from the treaty. However, it is a blow to women’s rights advocates, who say the agreement is crucial to combating domestic violence.

Campaign groups have called for people to turn out in Istanbul and across the country on Saturday to protest against the move under the slogan "Withdraw the decision, apply the treaty".

The Council of Europe's Secretary General, Marija Pejčinović Burić, called the decision "devastating". "This move is a huge setback to these efforts and all the more deplorable because it compromises the protection of women in Turkey, across Europe and beyond," she said.

"To announce the withdrawal of the Istanbul Convention in the middle of the night, while we learn each day that more violence has been committed against women, leaves a very bitter taste," Ekrem Imamoglu said.

"It tramples on the struggle women have led for years," he added.

Violence against and killing of women is on the rise in Turkey, according to rights groups. A total of 77 women have been killed since the start of the year, with 409 women were killed in 2020, according to the We Will Stop Femicide Platform.

The Istanbul Convention seeks to fix legally binding constraints in around 30 countries to combat violence against women. It states that men and women have equal rights and obliges state authorities to take steps to prevent gender-based violence against women, protect victims and prosecute perpetrators.

Some officials from President Erdogan's party have argued that it encourages divorce and undermines the traditional family, which they say are contrary to the country’s conservative values.

Critics of the treaty also claim that it promotes homosexuality through the use of categories like gender, sexual orientation and gender identity. They see that as a threat to Turkish families. Hate speech has been on the rise in Turkey, including the interior minister who described LGBT people as “perverts” in a tweet.

Turkey’s minister for family, labor and social policies tweeted that women’s rights are still protected by Turkish laws and the judicial system is “dynamic and strong enough” to enact new regulations.

Zehra Zumrut Selcuk also tweeted that violence against women is a crime against humanity and the government would continue to have “zero tolerance” for it.

But a leading figure from the opposition Social Democratic party (CHP), Gökçe Gökçen, said the abandonment of the treaty was tantamount to "allowing women to be killed".

"Despite you and your wrongdoing, we will remain alive and revive the Convention," she wrote on Twitter.

Turkey was the first country to sign the Council of Europe’s “Convention on preventing and combating violence against women and domestic violence” at a committee of ministers meeting in Istanbul in 2011.

The law came into force in 2014 and Turkey's constitution says international agreements have the force of law.

Some lawyers claimed Saturday that the treaty is still active, arguing the president cannot withdraw from it without the approval of parliament, which ratified it in 2012.

But Erdogan gained sweeping powers with his re-election in 2018, setting in motion the change in Turkey from a parliamentary system to an executive presidency. — Euronews

These were the details of the news Outrage as Erdogan pulls Turkey out of European treaty against violence for this day. We hope that we have succeeded by giving you the full details and information. To follow all our news, you can subscribe to the alerts system or to one of our different systems to provide you with all that is new.