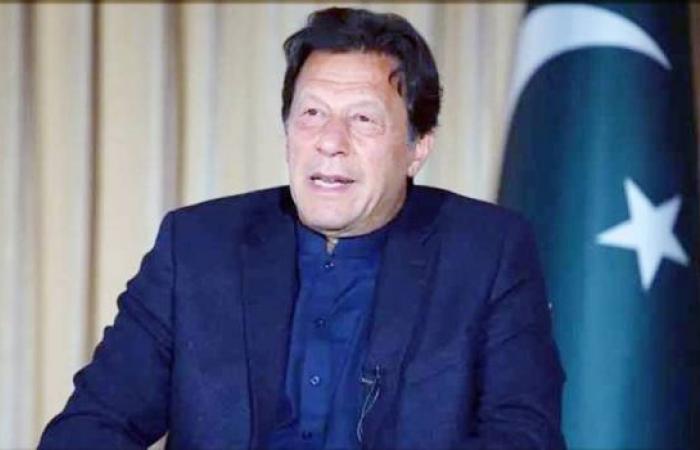 "PM Imran Khan has tested positive for COVID-19 and is self-isolating at home," Sultan tweeted, without giving further details.

Khan, 68, has been holding regular and frequent meetings lately, including attending a security conference held in capital Islamabad that was attended by a large number of people.

He addressed the conference without wearing a mask, and attended another gathering to inaugurate a housing project for poor people in a similar fashion on Friday, news agency Reuters reported. Khan was vaccinated on Thursday.

The news comes two days after the premier received his first shot of the COVID-19 vaccine. His diagnosis was also later confirmed by the Prime Minister's Office.

Meanwhile, the Ministry of National Health Services clarified that the premier was not "fully vaccinated" when he contracted the virus.

"He only got the first dose merely two days ago which is too soon for ANY vaccine to become effective. Antibodies develop 2-3 weeks after the second dose of 2-DOSE COVID vaccines," it said.

PM Imran, 68, has been holding regular and frequent meetings lately, including attending a security conference held in Islamabad that was attended by a large number of people.

COVID-19 cases have been rising in Pakistan. The total cases have passed 6,15,000 and the death count has crossed over 13,700. Most of the new cases came from Pakistan's largest and richest province, Punjab.

Pakistan will soon get made-in-India coronavirus vaccines under the United Global Alliance for Vaccines and Immunization or GAVI, a public-private global health partnership to increase access to immunization in poor countries.

"Pakistan is one of the 92 lower-income economies eligible for support under the Gavi COVAX Advance Market Commitment (Gavi COVAX AMC)," GAVI spokesperson told NDTV on March 10.

Yesterday, the premier had visited Khyber Pakhtunkhwa, where he toured Malakand University, inaugurated a new academic block and addressed a gathering of students. He had also visited the Swat Motorway, where he inaugurated the Swat Expressway Tunnels.

PM Imran was also et to interact with the public via telephone calls on Sunday, in an event similar to one organized in February. However, PTI Senator Dr. Faisal Javed announced that a new time and date would be announced soon.

"Due to PM Imran testing positive for COVID-19, a new date for live interaction with public will be announced soon. Lots of prayers for everyone and PM Imran."

He added that PM Imran was experiencing "mild symptoms" and will continue to work from home over video conferencing.

Special Assistant to Prime Minister Shahbaz Gill added that PM Imran's symptoms were not severe and he had a "mild cough and fever".

Soon after the news broke of his diagnosis, Twitter began flooding with a host of messages from politicians, celebrities and citizens, wishing him a speedy recovery. Within a couple of minutes, #ImranKhan became the top trend on the social media website.

Some government ministers were also quick to dispel questions over the efficacy of the coronavirus vaccine while some urged the nation to remain vigilant in light of a third wave.

Wishing the prime minister a speedy recovery, Minister for Planning, Development and Special Initiatives Asad Umar said: "The symptoms take a few days before manifesting. Hence it is certain that prime minister had been infected prior to vaccination. So please do vaccinate."

Gill added that the premier was tested for the coronavirus earlier today and urged the nation to refrain from linking his diagnosis with getting vaccinated. "Immunity develops a few weeks after getting vaccinated. Be sure to vaccinate your elders and loved ones," he said.

Minister for Industries Hammad Azhar said that the vaccine develops "more than 80 percent immunity" two weeks after the second injection.

"Further, no Cabinet minister, including the prime minister, nor any of their relatives jumped the queue or violated the priority order to receive the vaccine," he said.

Information Minister Shibli Faraz said that the entire nation was praying for the prime minister's recovery.

"In light of the third COVID-19 wave, citizens should follow standard operating procedures [to stem the spread of the disease]. Additional steps need to be taken to deal with the third wave of the pandemic."

"Recent spike in #COVID-19 cases and positivity rate is alarming and we all need to be extra careful and strictly follow safety protocols!!"

These were the details of the news Pakistan Premier Imran Khan tests positive for coronavirus for this day. We hope that we have succeeded by giving you the full details and information. To follow all our news, you can subscribe to the alerts system or to one of our different systems to provide you with all that is new.