A New Year in Iran, but the country’s crises remain the same 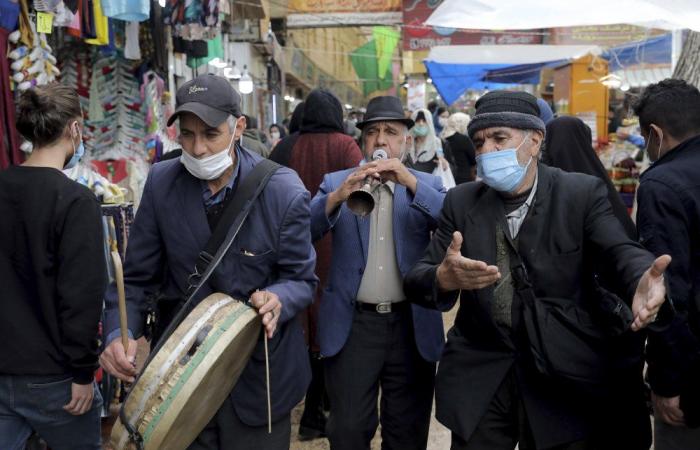 You are now following the details of the A New Year in Iran, but the country’s crises remain the same news and now we leave you with the details

Mohamed Nass - Cairo - TEHRAN, Iran (AP) — The Persian New Year, Nowruz, begins on the first day of spring and celebrates all things new. But as families across Iran hurried to greet the fresh start — eating copious crisp herbs, scrubbing their homes and buying new clothes — it was clear just how little the country had changed.

A year into the coronavirus pandemic that has devastated Iran, killing over 61,500 people — the highest death toll in the Middle East — the nation is far from out of the woods. And although Iranians had welcomed the election of President Joe Biden with a profound sigh of relief after the Trump administration’s economic pressure campaign, the sanctions that have throttled the country for three years remain in place.

“I was counting down the seconds to see the end of this year,” said Hashem Sanjar, a 33-year-old food delivery worker with a bachelor’s degree in accounting. “But I worry about next year.”

Once again, Nowruz, a joyous two-week celebration rooted in gatherings — at homes, in parks and squares — will be stifled by the pandemic. Gone from Tehran’s streets are the performers dressed as “Hajji Firuz,” the ancient folk figure who dances, sings and bangs tambourines to ring in the holiday. Gone too are the usual piles of old furniture, which families can no longer afford to throw out for the new year.

A nightly curfew in the capital forbids residents from venturing out after 9 p.m. Health officials are pleading with the public to stay home. And the government has banned travel to cities hardest-hit by the virus.

Still, authorities will allow families to travel to the Caspian Sea and other vacation spots with lower infection rates, a bid to boost Iran’s slumping retail sales. Before the pandemic, domestic travel revenue accounted for an estimated $1.2 billion over the holiday. Police warned of heavy traffic from Tehran to the northern coast as residents hit the road.

Last year as Nowruz approached, the country of 83 million had become a global epicenter of the coronavirus. The virus coursed across Iran as heads of shrines called on pilgrims to keep coming and authorities dismissed alarm over rising deaths. Desperate to salvage its ailing economy, the government resisted a nationwide lockdown, further spreading the disease.

Now, the pain of the pandemic runs too deep to deny. The virus has touched all aspects of daily life, infecting some 1.78 million people, overwhelming hospitals, filling vast cemeteries and pummeling an economy already reeling from U.S. sanctions.

Iran’s economy shrank 5 percent last year, according to the International Monetary Fund. Over 1 million people lost their jobs in 2020, reported the Interior Ministry. Inflation has soared to nearly 50 percent compared to 10 percent in 2018, before then-President Donald Trump withdrew from Tehran’s nuclear accord with world powers and re-imposed sanctions. The prices of basic goods, including Nowruz staples like spiced nuts and clothes, have doubled or tripled.

Casual laborers bear the brunt of the fallout. The poverty rate has surged to 55 percent. The government’s $40 stipends for poor families have failed to plug the gap.

“The virus led to economic problems for the whole world, but in Iran it is worse, we are experiencing sanctions along with coronavirus,” he said, adding the pandemic forced him to fire most of his staff. “I think I have to close the store soon.”

Rasul Hamdi, a 38-year-old cleaner, struggles because clients “wouldn’t let me come and clean their homes out of fear of the virus.” The outbreak has altered his life in other ways, as people around him fell ill. Now, all his next-door neighbors are gone — a whole family dead from COVID-19.

Amid the misery, and despite the chilling rain, signs of life were returning to Tehran ahead of the holiday.

Through pandemics, wars and disasters, the ancient Zoroastrian festival of Nowruz, or “New Day” in Farsi, has been celebrated continuously for over 3,000 years, predating the region’s Muslim conquest. Some 300 million people in Iran and beyond gather around tables replete with ancient symbols of renewal, prosperity and luck: green wheat sprouts, apples, gold coins and oranges or goldfish in bowls of water.

This week, throngs of mask-clad shoppers packed the metro and jockeyed to buy last-minute gifts and sweets at Tehran’s storied Grand Bazaar. In the northern Tajrish Square, vendors hawked candles and flowers, calling out wishes for a joyous new year. Even as the infection rates have dropped from peaks reached last fall, the crowded scenes pointed to pandemic fatigue and public intransigence rather than national recovery, especially as Iran’s vaccine rollout lags.

Still waiting for big shipments from COVAX, the global initiative to provide doses to low- and middle-income countries, Iran so far has inoculated only several thousand health care and front-line workers. Around a hundred people continue to die of COVID-19 each day, according to government statistics. Daily infection counts have hovered at around 8,000 since the discovery of a fast-spreading variant earlier this year.

Many in Iran find the seasonal symbols on their Nowruz tables in increasingly short supply. Hopes for a rapid return to the nuclear deal are dimming as the Biden administration, grappling with congressional opposition, a litany of higher priorities and pressure to wring more concessions from Iran, refuses to lift sanctions. The U.S. insists that Iran come back into compliance with the nuclear accord first.

As Iran’s frustration deepens, the country is hurtling toward a different sort of renewal — a presidential election in mid-June. Disappointment with continued sanctions under relative moderate President Hassan Rouhani could play a critical role in the vote, said Behnam Maleki, a Tehran-based economist. Rouhani, who is term-limited from running again, faces strong opposition from hard-liners, narrowing the window for a diplomatic breakthrough with the U.S.

But on Saturday at 1:07 p.m., the exact moment of the spring equinox, Iranian families will pay little heed to their country’s mounting crises. Over hearty meals, they will embrace and kiss, hoping for better times.

By AMIR VAHDAT and ISABEL DEBRE

These were the details of the news A New Year in Iran, but the country’s crises remain the same for this day. We hope that we have succeeded by giving you the full details and information. To follow all our news, you can subscribe to the alerts system or to one of our different systems to provide you with all that is new.