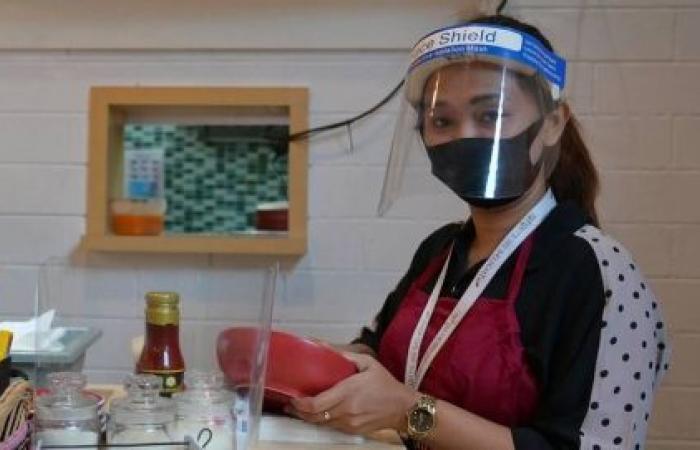 We show you our most important and recent visitors news details COVID-19 variants, vaccine inequity contribute to rising caseload: WHO in the following article

Hind Al Soulia - Riyadh - GENEVA — COVID-19 cases globally are on track to rise for a fourth consecutive week, the World Health Organization (WHO) reported on Friday.

After six weeks of decline in January and February, cases are now increasing in most regions of the world. Meanwhile, deaths are falling, though at a slower rate.

“These are worrying trends as we continue to see the impact of variants, opening up of societies, and inequitable vaccine rollout”, said WHO chief Tedros Adhanom Ghebreyesus, speaking during his regular briefing from Geneva.

More than 21.4 confirmed cases of COVID-19 were recorded as of Friday, including some 2.6 million deaths.

WHO is also urging countries to continue using the Oxford-AstraZeneca vaccine.

The agency’s Global Advisory Committee on Vaccine Safety met this week to review data on the vaccine, after reports of blood clotting in some people who had received it.

The committee announced its conclusion on Friday that the available data do not suggest an overall increase in clotting conditions, such as deep venous thrombosis or pulmonary embolism, following administration of the vaccine.

With advice that largely echoed the crucial European Medicines Agency (EMA) report on Thursday, following the decision by many European countries to suspend use of the AstraZeneca shots, the WHO vaccine safety committee said the jabs had “tremendous potential to prevent infections and reduce deaths”.

“Reported rates of thromboembolic events after COVID-19 vaccines are in line with the expected number of diagnoses of these conditions”, the committee said in its statement.

“Both conditions occur naturally and are not uncommon. They also occur as a result of COVID-19. The observed rates have been fewer than expected for such events.”

Tedros said the AstraZeneca vaccine is especially important because it accounts for more than 90 percent of stocks being distributed through COVAX, the global vaccine equity initiative.

During the WHO briefing, mayors from three major cities appealed for greater equity in the production and distribution of COVID-19 vaccines to protect people everywhere and end the pandemic.

“If you could prioritize the sharing of the surplus doses procured by rich countries, that will help us so that we can get more of the vaccine”, said Mohammed Adjei Sowah, the mayor of Ghana’s capital, Accra.

“The second recommendation also is that if you will accelerate the technology transfers of vaccines for other manufacturing countries also to take up, so that we can have more of the vaccines and then we will be able to reach herd immunity as quickly as possible.”

While acknowledging the “miracle” of developing the new vaccines within a year, Claudia Lopez, the mayor of Bogotá, Colombia, remarked, “nonetheless, we see that right now there is a lack of global production capacity so that there is greater access”.

Speaking in Spanish, she stressed that countries and cities need to “have the knowledge”, for both the short and long term, “so that they can produce different types of vaccines, not only COVID vaccines.”

Although the pandemic’s toll on Freetown, Sierra Leone, which has recorded just over 2,200 cases and 80 deaths, might be less than on other cities, Mayor Yvonne Aki-Sawyerr said the economic impact has been significant.

“What we don’t want to see is greater inequality being driven by the inequality of a vaccine rollout”, she warned. “And this is really a possibility.” — UN news

These were the details of the news COVID-19 variants, vaccine inequity
contribute to rising caseload: WHO for this day. We hope that we have succeeded by giving you the full details and information. To follow all our news, you can subscribe to the alerts system or to one of our different systems to provide you with all that is new.