North Korea cuts diplomatic ties with Malaysia over US extradition 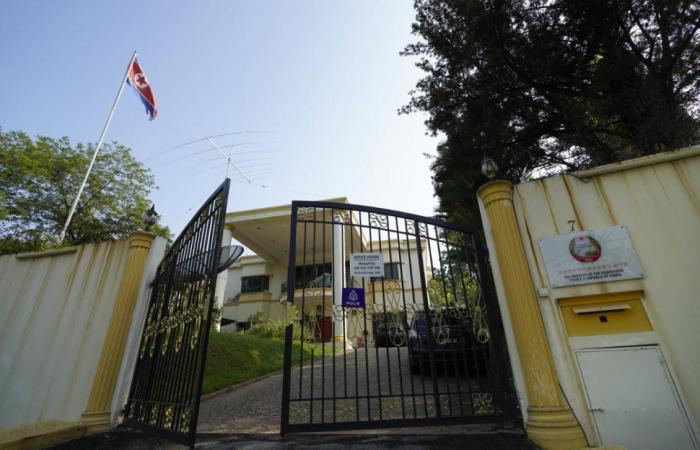 Kashmir has long been a flashpoint between India and Pakistan, which claim the region in full but rule only in part. Tensions reignited after New Delhi withdrew the autonomy of Jammu and Kashmir in August 2019 and split the state into two federally administered territories.

“Stable relations between India and Pakistan is a key to unlock the untapped potential of South and Central Asia by ensuring connectivity between East and West Asia,” Bajwa said while addressing a security dialogue in Islamabad.

“This potential, however, has forever remained hostage to disputes and issues between two nuclear neighbors.”

The army chief added: “It is important to understand that without the resolution of Kashmir dispute through peaceful means, the process of subcontinental rapprochement will always remain susceptible to derailment due to politically motivated bellicosity.

“However, we feel that it is time to bury the past and move forward. But for the resumption of the peace process or meaningful dialogue, our neighbor will have to create a conducive environment, particularly in Indian-occupied Kashmir.”

Bajwa said South Asia was home to a quarter of the world’s population, but despite tremendous human and resource potential, “unsettled disputes are dragging this region back to the swamp of poverty and underdevelopment.”

South Asian nations are spending huge amounts on defense, which “naturally comes at the expense of human development,” he said.

Pakistan has willingly reduced its defense expenditure in order to help improve the overall security environment and resolve outstanding issues with its neighbors through dialogue, Bajwa said.

Speaking about national security, he said it was an “all-encompassing notion” that was no longer solely the function of a nation’s armed forces.

“Whether it be human security, extremism, human rights, environmental hazards, economic security or pandemics, responding in silos is no longer an option,” the army chief said.

He added: “No national leader today can ignore these factors. I also firmly believe that no single nation in isolation can perceive and further its quest for security, as every single issue and security dilemma faced by today’s world is intimately linked with global and regional dynamics.”

Bajwa said he had “hope” the new government in the US could “transform the traditional contests into a gainful economic win-win for the world in general and the region in particular.”

“South Asia can be the starting point for regional cooperation,” the army chief said.

“I have a firm belief that economic and sustainable human development can guide us into a future full of peace and prosperity.”

These were the details of the news North Korea cuts diplomatic ties with Malaysia over US extradition for this day. We hope that we have succeeded by giving you the full details and information. To follow all our news, you can subscribe to the alerts system or to one of our different systems to provide you with all that is new.