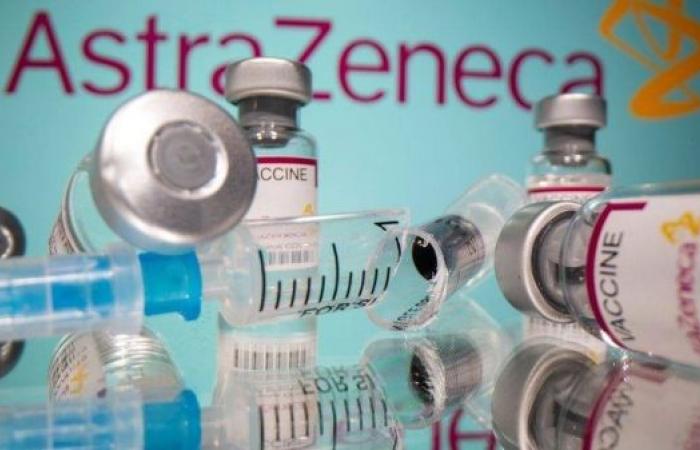 It comes after a number of European countries suspended the jab over unconfirmed reports of an increased rate of blood clots among recipients.

That prompted the EMA to launch a safety review to see if there was a link between the vaccine and the blood clots.

"Its benefits in protecting people from COVID-19 with the associated risks of death and hospitalization outweigh the possible risks," EMA executive director Emer Cooke said at a press conference.

She qualified, however, that the regulator "cannot rule out definitively a link between these [blood clot] cases and the vaccine."

Following the EMA's announcement, Italy said it would restart its rollout of AstraZeneca vaccinations on Friday.

Cooke said the safety review committee will continue their investigations into blood conditions related to vaccines.

"We have to continually remind ourselves what a difficult situation we're in. This pandemic is causing lives. We have vaccines that are safe and effective that can help prevent death and hospitalization. We need to use those vaccines within the environments that we have them," Cooke said later on in the press conference.

The opinion of the EMA was hotly anticipated at a time when the European Union, in the midst of a vaccine shortage, is counting on millions of doses of this vaccine developed by British-Swedish firm AstraZeneca.

The World Health Organization has also said there is no evidence the vaccine is to blame.

Cooke previously said this was not an "unexpected" situation when millions of people are being vaccinated, and thousands develop blood clots each year.

"Our role at the EMA is to evaluate these, to make sure that any suspected adverse reactions are rapidly investigated so we can figure out, is this a real side effect to the vaccine or is it a coincidence," she said.

No evidence of blood clot causality

The EMA committee "has concluded that there is no increase in the overall risk of blood clots with this vaccine," said Dr. Sabine Straus, chair of the EMA safety review committee, adding that there was no evidence of a batch issue.

The safety committee said they recommended adding a warning with a description of these cases so healthcare professionals are made aware of the information and the signs and symptoms of concern.

Straus added however that "COVID itself is an important risk factor for thrombosis and also post-COVID syndrome we noted that often people are being hospitalized with thrombosis in the aorta. It might be that that might have played a role."

The rare cases were predominately found in younger women, Dr. Straus said, but she added that it was too early to draw any conclusions about it. She confirmed that they were looking into any link to the contraceptive pill as it can increase a woman's chance of developing blood clots.

Even before Thursday's announcement by Europe's watchdog, the president of the European Commission made it clear that the AstraZeneca vaccine will remain a pillar of the EU’s vaccine strategy.

Almost as soon as France’s president froze the vaccinations Monday, top French officials started worrying about the impact on public opinion in a country where many already viewed the AstraZeneca vaccine as second-class.

The government now hopes to announce resumed vaccinations as soon as Thursday.

French Prime Minister Jean Castex, who at 55 and with no known underlying health problems is not yet eligible for vaccination, said on national television Tuesday night that “it would be wise that I get vaccinated very quickly, as soon as the suspension is, I hope, lifted.”

Castex said he wants to demonstrate to his fellow citizens “that vaccination is the exit door from this crisis.”

Italy is toeing a similar line. Health Minister Roberto Speranza said European countries were hoping that the EMA on Thursday would deliver "the clarifications and reassurances necessary" to be able to resume administering the AstraZeneca vaccine "without hesitation."

Amós García, president of the Spanish Vaccinology Association, said it will be difficult for governments to rebuild trust in the overall coronavirus vaccination program, no matter what the EMA announces.

“Possibly there has been an excess of zeal” among governments like Spain’s that suspended vaccinations, he said. But he praised Europe's vaccine surveillance systems for quickly identifying and investigating the blood clot issues. Spain is examining three such cases.

Spanish Health Minister Carolina Darias defended the decision to put a hold on the AstraZeneca vaccine, saying it is necessary to “continue building confidence” in efforts to fight COVID-19. — Euro news

These were the details of the news Italy to restart AstraZeneca vaccinations after EMA says jab is safe for this day. We hope that we have succeeded by giving you the full details and information. To follow all our news, you can subscribe to the alerts system or to one of our different systems to provide you with all that is new.