Beijing warns US of ‘no compromise’ on sovereignty, security at Alaska talks 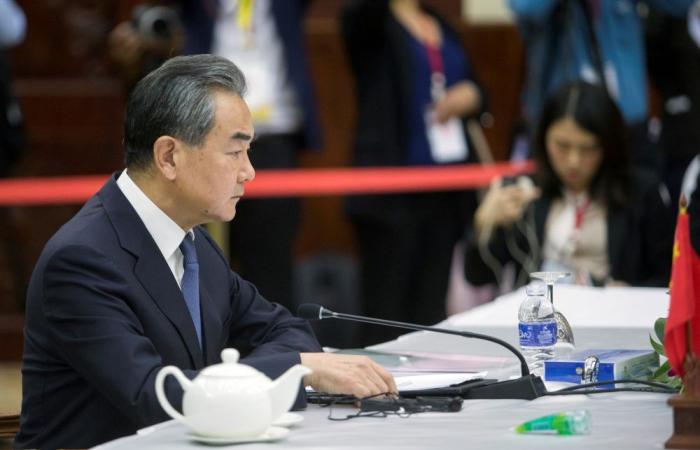 Hello and welcome to the details of Beijing warns US of ‘no compromise’ on sovereignty, security at Alaska talks and now with the details

BEIJING, March 18 — China’s foreign ministry said today it would not make concessions to the US on key issues including Xinjiang and Hong Kong, ahead of high-level meetings between the two countries’ diplomats in Alaska.

It is the highest-level face-to-face diplomatic meeting between the two countries since US President Joe Biden took office.

China wants a reset in relations, which were pitched into turmoil by Donald Trump’s presidency, which brought a damaging trade war and spats over everything from defence to tech and rights in Hong Kong.

But as the diplomats landed in Alaska hours ahead of the talks, a foreign ministry spokesman in Beijing issued a warning to Washington.

“China has no room for compromise on issues concerning its sovereignty, security and core interests,” spokesman Zhao Lijian told reporters.

Zhao urged the United States against talking tough and engaging in “megaphone diplomacy” toward China after Washington said it intended to show its firmness against Beijing after a round of alliance-building across Asia.

“The US should meet China halfway and conduct the dialogue in a sincere and constructive manner,” Zhao said.

The Alaska talks will be the first between the powers since Yang met Blinken’s hawkish predecessor Mike Pompeo last June in Hawaii — a setting similarly far from the high-stakes glare of national capitals.

The American diplomats aim to be on the front foot in the talks, US officials have said.

The US plans to express “deep concerns” about the treatment of the Uighur minority in Xinjiang, a crackdown in Hong Kong, Chinese “economic coercion” and Beijing’s “increasingly aggressive” stance towards Taiwan.

Those are all issues China has defended in the past as domestic affairs and matters of national sovereignty. — AFP

These were the details of the news Beijing warns US of ‘no compromise’ on sovereignty, security at Alaska talks for this day. We hope that we have succeeded by giving you the full details and information. To follow all our news, you can subscribe to the alerts system or to one of our different systems to provide you with all that is new.