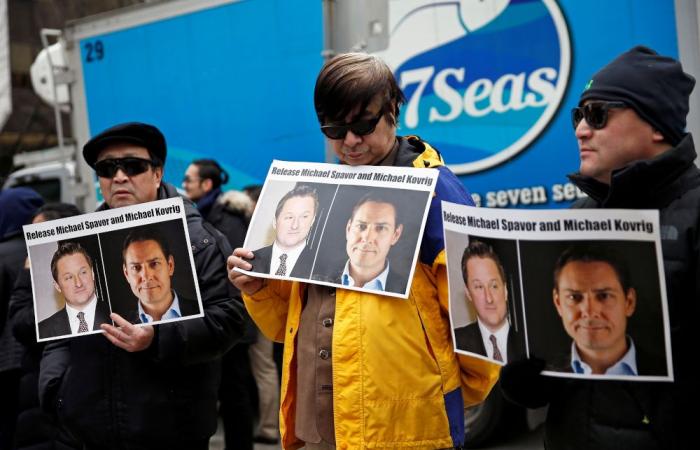 BEIJING, March 18 — Two Canadians detained by Beijing more than two years ago on suspicion of espionage will go before Chinese courts this week and next, Canada said yesterday, again ramping up diplomatic tension between Ottawa and Beijing.

China arrested the men in December 2018 soon after Canadian police detained Meng Wanzhou, the chief financial officer of telecoms equipment giant Huawei Technologies Co Ltd, on a US warrant. She is under house arrest in Vancouver as she fights extradition to the United States.

“Our embassy in Beijing has been notified that court hearings for Michael Spavor and Michael Kovrig are scheduled to take place on March 19 and March 22, respectively,” Foreign Minister Marc Garneau said in a statement.

“We believe these detentions are arbitrary, and remain deeply troubled by the lack of transparency surrounding these proceedings.”

China has a conviction rate of well over 99 per cent, and public and media access to trials in sensitive cases is typically limited.

Beijing insists the detentions are not linked to Meng’s arrest.

News of the trial dates comes on the eve of talks between top US and Chinese officials in Alaska, the first such high-level meeting since US President Joe Biden took office.

Today, China’s foreign ministry declined during a regular daily briefing to confirm the trial dates but said the hearings are not linked to the Alaska talks.

“The trials have nothing to do with China-US high level strategic dialogue,” said ministry spokesman Zhao Lijian.

‘There will be a verdict’

Spavor’s hearing will take place in the northeastern city of Dandong, which shares a river border with North Korea, while Kovrig’s will be in Beijing, Global Affairs Canada spokesman Jason Kung said in a statement.

The two men face spying charges and it is unclear how long the process may take, but “there will be a verdict,” a Canadian government source said.

In a statement, Spavor’s family said the charges against him are vague and have not been made public, and that he has had “very limited access and interaction with his retained Chinese defence counsel.”

They called for the unconditional release of both Spavor and Kovrig.

“A failure to allow for effective legal representation is a violation of China’s international obligations,” said Jim Zimmerman, a Beijing-based lawyer with Perkins Coie who is representing the Spavor family.

“The continued unjust and arbitrary detention depriving them of their liberty is both unfair, disproportionate, and unreasonable,” he said.

“Human beings are not bartering chips,” Biden said after speaking with Trudeau by video link in February. “We’re going to work together until we get their safe return.” — Reuters

These were the details of the news China sets court hearings for two Canadians charged with spying for this day. We hope that we have succeeded by giving you the full details and information. To follow all our news, you can subscribe to the alerts system or to one of our different systems to provide you with all that is new.