Ghani to quit ‘only after polls’ as US mulls new government 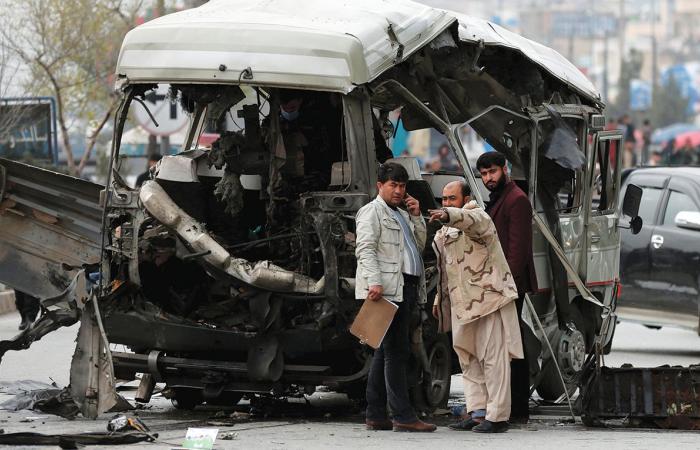 Jeddah - Yasmine El Tohamy - KABUL: President Ashraf Ghani has vowed to step down from power, but only after elections are held in Kabul — even as pressure mounts on the Afghan head of state to form an interim government that includes the Taliban.

“If the Taliban are ready for elections tomorrow, we are also ready . . .  But I am not ready to transfer the power to my successor without elections,” he said during an official event late on Tuesday.

“Forty-two years of war is enough; we also have the right to live in peace like other civilized nations of the world,” Ghani said.

His remarks came a day after talks with US special envoy for Afghanistan, Zalmay Khalilzad, who earlier this month had shared a proposal with key Afghan leaders, including Ghani, for the formation of a participatory government — which would include Taliban members — as part of efforts to end Washington’s engagement in Afghanistan, the longest war in American history.

Government and Taliban delegates are set to attend Russia-sponsored talks on Thursday — to expedite the peace process — and another international UN-led conference in Turkey, in April, as part of the proposed US plan for an interim setup before elections are held.

Besides Taliban and Afghan government emissaries, Thursday’s meeting in Russia will host delegates from the Afghanistan High Council for National Reconciliation (HCNR), factional and influential leaders, and representatives from the US, China and Pakistan.

Ghani, who assumed his second, five-year-term in office more than a year ago amid allegations of poll fraud, said on Tuesday that he would move forward based on “realities instead of sentiments” for a “lasting and fair peace.”

His remarks came a day after talks with the US special envoy for Afghanistan, who earlier this month proposed the formation of a participatory government which would include Taliban members.

This is despite the 71-year-old leader repeatedly vowing to oppose an interim setup “at the cost of my life.”

Ghani’s comments on Tuesday are his first since a letter addressed to him by US Secretary of State Antony Blinken was leaked to the public nearly two weeks ago.

Blinken’s letter to Ghani — a copy of which was published by several media houses — urged the Afghan president to “develop constructive positions” on Khalilzad’s proposals to “jump-start the flailing peace process.”

The letter pressed upon the urgency for a new government in Afghanistan to break a stalemate in the intra-Afghan talks, which began in Doha, Qatar, between the Taliban and Kabul government representatives in September, and have been riddled with disputes.

The letter said that even with the continuation of US financial assistance to Afghan forces after an American withdrawal, there was concern “that the security situation will worsen and that the Taliban could make rapid territorial gains” and that he was sharing this so that Ghani “understands the urgency of my tone regarding the collective work outlined in this letter.”

The letter and Khalilzad’s proposal has caught many confidants of Ghani by surprise because Kabul long expected that the new government in Washington would reconsider the deal the former administration made with the Taliban and would keep its troops in Afghanistan for some years to come.

Ghani’s government has come under fire at home and abroad over its perceived inefficiency, poor management of affairs, rampant corruption and an inability to curb crime and advances by Taliban insurgents.

Ahmad Shah Katawazi, a writer and former diplomat, said that Kabul and Washington needed to exercise caution and “compromise” on some issues as the country went through a critical phase.

“Flexibility and compromise from both sides will be a rational approach given the current uncertain scenario the country is facing,” he told Arab News.

Tabish Forugh, a US-based Afghan analyst, said that Ghani would not be able to “stand against US policy” but was “trying his luck to remain relevant” in the case of an interim set-up.

“Perhaps more than anyone else in his administration, Ghani knows that he cannot stand in the way of the US proposed political settlement with the Taliban,” he told Arab News.

Forugh added that while Ghani “lacks what it takes to block the proposal both at the national and international level,” he was pushing to secure a deal for the “survival of state institutions.”

“Ghani will ultimately, under US pressure, compromise on peace if Washington forces the Taliban to accept Ghani’s leadership of the transitional government, a period he considers crucial to the safeguarding of certain democratic gains and his future in Afghanistan’s politics,” Forugh said.

Toreq Farhadi, an adviser to the former government, agreed but added that holding polls in Afghanistan “was out of the question” under the current circumstances.

“The president of Afghanistan asking for elections now might be an indication that he is totally unaware of the citizens’ security situation in the country,” he said.

These were the details of the news Ghani to quit ‘only after polls’ as US mulls new government for this day. We hope that we have succeeded by giving you the full details and information. To follow all our news, you can subscribe to the alerts system or to one of our different systems to provide you with all that is new.