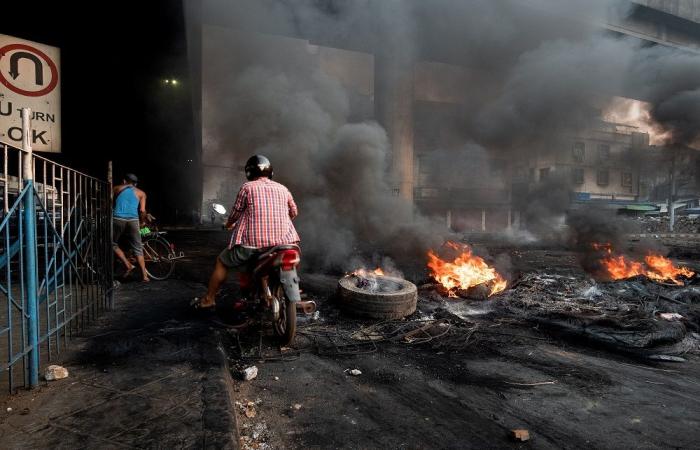 YANGON, March 17 ― Residents of a protest flashpoint district in Myanmar's biggest city fled on flatbed trucks and motorbikes yesterday as security forces defied global calls for restraint and maintained their use of lethal force against anti-coup rallies.

Much of the country has been in uproar since the military ousted civilian leader Aung San Suu Kyi last month, with hundreds of thousands taking to the streets to demand a return to democracy.

Police and soldiers have used tear gas, rubber bullets and live rounds to subdue crowds in near-daily crackdowns, along with blanket nightly internet shutdowns to stop protesters from mobilising.

Yesterday, one protester was killed in central Sagaing region before noon when security forces opened fire.

The deadliest day so far in the six weeks since the army deposed Suu Kyi's government was on Sunday, with the AAPP reporting 74 killed after the violent suppression of anti-coup unrest across Myanmar.

The majority of those killed Sunday came from the impoverished Hlaing Tharyar township in Yangon, a garment-producing area in the commercial hub with mostly Chinese-owned factories ― several of which were razed on the same day.

Yesterday morning saw its residents ― many of whom are migrant workers ― pile onto flat-bed trucks and cars, which inched forward on a traffic-clogged road.

Families carried their belongings in tarp bags and bundled their children into tuk-tuks as well.

The mass exodus comes after the junta imposed martial law over the Hlaing Tharyar and five other townships, home to about two million people ― more than a quarter of the sprawling city's population.

US Secretary of State Antony Blinken condemned the junta yesterday for its lethal use of force against protesters, accusing it of “brutally repressing” them.

Despite the threat of lethal violence, protesters continued taking to the streets across Myanmar yesterday ― albeit in smaller numbers.

In central Sagaing region, one demonstrator was killed by around noon.

“He was shot in his abdomen... his body has been sent back to his family,” a rescue worker with a local emergency team told AFP.

Angered by his death, anti-coup demonstrators gathered in front of the local police station by afternoon.

So far, more than 180 people have been killed since the coup, according to the AAPP, adding that even civilians not participating in the anti-coup protests had died in the crossfire on Monday.

“The use of martial law is extremely troubling and... represents a significant decline in the situation in Myanmar,” the University of New South Wales academic said.

Anyone arrested in the six townships imposed under martial law faces trial by military tribunal, with sentences ranging from three years' hard labour to execution.

For inhabitants of Hlaing Tharyar, the situation remains chaotic and fear has settled in as soldiers and police are deployed on main roads.

“We dare not go out on the streets,” a resident said, adding that there are sounds of gunfire at night.

'What we need is democracy'

Mass funerals were held across Yangon yesterday, with hundreds of mourners gathering in different townships to bid farewell to those killed in recent days.

One of them was medical student Khant Nyar Hein, who died Sunday from a headshot in the township of Tamwe, who is ethnic Chinese.

His mother went viral when she pleaded in both Burmese and Mandarin for people not to think the ethnic Chinese in Myanmar are the same as mainlanders ― an appeal made as anti-Chinese sentiment is on the rise in the country.

“My heart is breaking, it's really breaking,” his mother said in Mandarin at his funeral Tuesday.

China on Monday said it was “very concerned” for the safety of its citizens in Myanmar after Sunday's violence ― which state media said saw more than 30 factories attacked and caused $37 million in damage.

State-run newspaper New Light of Myanmar said three men were killed around the garment-producing townships by “unscrupulous mobs”, and police were searching for suspects.

State television also reported that a police officer was shot dead Sunday in the city of Bago during a protest. ― AFP

These were the details of the news Yangon residents flee martial law area as Myanmar death toll grows for this day. We hope that we have succeeded by giving you the full details and information. To follow all our news, you can subscribe to the alerts system or to one of our different systems to provide you with all that is new.