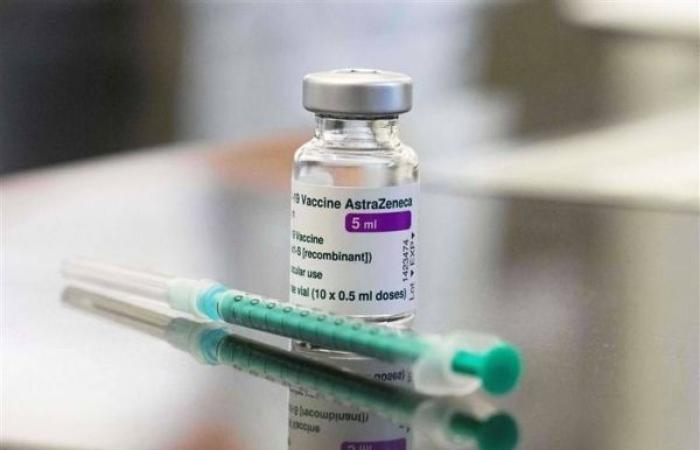 On Tuesday, Cyprus, Luxembourg, Latvia, and Sweden became the latest European nations to suspend its use, despite advice from the European Medical Authority (EMA) and other international medical agencies that the benefits of getting shots into arms outweigh any potential risks.

The head of the EMA, which authorized the use of the Oxford-AstraZeneca vaccine for the 27-nation bloc, said Tuesday that regulators remained "firmly convinced" of that assessment.

"At present, there is no indication that vaccination has caused these conditions, they have not come up in the clinical trials and they are not listed as known or expected side events with this vaccine," its executive director Emer Cooke told a digital press conference Tuesday. "We are still firmly convinced that the benefits of the AstraZeneca vaccine in preventing Covid-19, with its associated risk of hospitalization and death, outweigh these side effects," Cooke said, adding that she was concerned the suspensions would damage confidence in the vaccines.

The EMA's safety committee is investigating whether there is any possible link between the Oxford-AstraZeneca vaccine and a small number of blood clots in vaccinated people. It is slated to release its findings during an extraordinary meeting called by the agency on Thursday.

The World Health Organization's vaccine safety experts were due to meet Tuesday to discuss the Oxford-AstraZeneca vaccine, a day after the UN health agency appealed to countries to keep up vaccination campaigns while investigations are ongoing.

"As of today, there is no evidence that the incidents are caused by the vaccine and it is important that vaccination campaigns continue so that we can save lives and stem severe disease from the virus," WHO spokesman Christian Lindmeier said.

WHO is assessing the latest reports of thromboembolic events, but said it was "unlikely" to change its recommendations.

But much of Europe has gone against the EMA and WHO's advice in recent days, temporarily halting AstraZeneca shots even as the continent confronts a third wave of the pandemic, spurred by variants of the virus, and faces criticism over sluggish vaccination campaigns.

AstraZeneca isn't the only vaccine available in Europe. The EU has also authorized the BioNTech-Pfizer, Moderna and Johnson & Johnson vaccines. Doses of the BioNTech-Pfizer and Moderna vaccines are currently being rolled out to Europeans, but the first deliveries of the Johnson & Johnson vaccine aren't expected to arrive until mid-April. On Tuesday, Pfizer agreed to accelerate delivery of 10 million doses of its COVID-19 vaccine to the EU, days after AstraZeneca said it would have a "shortfall" in planned vaccine shipments to the bloc.

The AstraZeneca vaccine, which has been authorized for use in dozens of countries globally, has not yet been given the green light by regulators in the United States.

The EMA is looking into blood clot reports related to the BioNTech-Pfizer and Moderna vaccines too, Cooke said Tuesday. She said it was unlikely that there would be a potential issue with one specific AstraZeneca batch, but confirmed that the final outcome of the agency's review is set to come on Thursday.

Denmark was the first to press pause on the AstraZeneca vaccine last Thursday as a "precautionary measure" while Danish health officials investigate potential side effects after one person who developed a blood clot after vaccination died. Norway, Iceland, and Bulgaria quickly followed suit.

The Danish woman who died after vaccination had a low number of platelets, blood clots in small and large vessels and bleeding, according to the Danish Medicines Agency.

"The clinical picture is highly unusual and is currently being thoroughly investigated by the European Medicines Agency," the agency said in a statement on Monday.

Another death was reported in Norway on Monday, along with a handful of non-fatal cases with similar "unusual" adverse reactions, the Norwegian Medicines Agency said. The agency has received over 1,000 reports of side effects in recent days, which it said it is currently reviewing.

AstraZeneca, meanwhile, has doubled down on the safety of its vaccine. In a statement on Sunday, the pharmaceutical giant said that of the 17 million people vaccinated in the European Union and the United Kingdom so far, blood clot incidents were "much lower than would be expected to occur naturally in a general population."

Most countries to issue a suspension of the vaccine have acknowledged there is no evidence yet that the AstraZeneca shots had caused the blood clots.

The AstraZeneca vaccine, which was authorized for use by the WHO in February, is seen as key to fighting the coronavirus in lower- and middle-income countries because it is cheap and easy to store.

Those two factors have made it a lynchpin for rollout plans globally. And fears are growing that the handling of blood clot reports will impact vaccine confidence.

The European Union's Commissioner for Health Stella Kyriakides on Tuesday urged countries to use all their vaccine doses.

"The rollout of the vaccination is more than ever key in order to decrease the number of infected people," Kyriakides said.

She nodded to the tensions between AstraZeneca and the EU over the pharmaceutical company's failure to deliver as many doses as contracted but said countries should push ahead with inoculations.

"We recognize the significant and regrettable challenges around production and deliveries, but we do however urge member states to use all the available doses as we are currently seeing the proportions of available doses used range from 50 to 100 percent to across member states," Kyriakides added. "Every dose counts and every dose is providing a protective shield for health workers, for the most vulnerable groups, for the elderly."

EU and associated countries are sitting on nearly 8 million unused doses of the AstraZeneca vaccine, European Centre for Disease Control and Prevention data showed as of Monday.

The chief investigator on the Oxford-AstraZeneca vaccine trial, Andrew Pollard, warned it was "absolutely critical" people weren't put off from receiving the vaccination as countries in Europe see the third surge in infections. He said it appears from the data received from regulators there was "no signal of a problem."

"It's absolutely critical that there is careful evaluation of these cases, they've obviously been flagged in a couple of countries around Europe, so they need to be looked at very closely to see if there's anything unusual about them ... but in the meantime, we really need to make sure that people are protected against COVID-19," Pollard said in an interview on BBC Radio 4's Today program.

Britain's medicines regulator on Monday said it had not seen any uptick in blood clots in the UK, where more than 11 million doses of AstraZeneca have been administered.

The UK, where the Oxford-AstraZeneca vaccine was developed and is being manufactured, is among a number of countries that are still sticking with the shot. Belgium, Australia, Poland, Nigeria, Mexico and the Philippines have said they will continue to use the vaccine as investigations progress.

After becoming the first country outside Europe to delay its rollout of the Oxford-AstraZeneca vaccine, Thailand said on Monday that it would continue to receive doses.

Thailand's Prime Minister Prayut Chan-o-cha and members of his cabinet received their first shots of the vaccine on Tuesday, broadcast in a live stream.

"This will build confidence among the general public to receive vaccinations arranged by the government," Prayut said after the inoculation. — Courtesy CNN

These were the details of the news European regulator 'convinced' benefits of AstraZeneca COVID-19 vaccine outweigh risks for this day. We hope that we have succeeded by giving you the full details and information. To follow all our news, you can subscribe to the alerts system or to one of our different systems to provide you with all that is new.