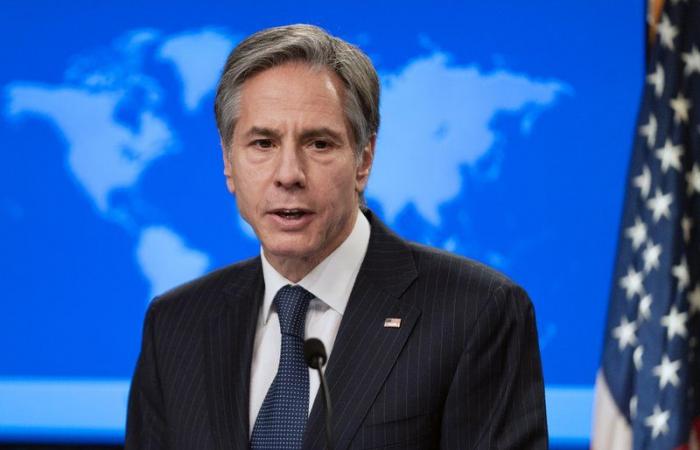 You are now following the details of the China, NKorea loom as Blinken, Austin head to Asia news and now we leave you with the details

Mohamed Nass - Cairo - WASHINGTON (AP) — Threats from China and North Korea will loom large over the Biden administration’s first Cabinet-level trip abroad, part of a larger effort to bolster US influence and calm concerns about America’s role in Asia.

A senior administration said Saturday that US officials have tried to reach out to North Korea through multiple channels since last month, but have yet to receive a response, making consultations with the reclusive country’s neighbors, Japan, South Korea and China, all the more critical.

Secretary of State Antony Blinken and Defense Secretary Lloyd Austin are heading to Japan and South Korea for four days of talks starting Monday as the administration seeks to shore up partnerships with the two key regional treaty allies. Blinken and Biden’s national security adviser, Jake Sullivan, will then meet with senior Chinese officials in Anchorage, Alaska,

Their first official overseas visits are intended to restore what Biden hopes will be a calming and even-keeled approach to ties with Tokyo and Seoul after four years of transactional and often temperamental relations under the previous president, Donald Trump. He had upended diplomatic norms by meeting not once, but three times, with North Korean leader Kim Jong Un.

In addition to their official talks, Blinken and Austin plan virtual meetings with journalists, civil-society members and others. After reassuring their counterparts of US commitments to Japanese and South Korean security, they plan to focus their talks on cooperating to confront an increasingly assertive China, the nuclear challenge from North Korea and the coronavirus pandemic.

In his first months in office, Biden has already signaled his desire to return the Asia-Pacific — or Indo-Pacific, as has become more common in officialese — to the top of the US foreign policy agenda. In keeping with his broader “America is back” diplomatic theme, Biden has pledged to keep stability in the region at the core of his international initiatives.

On Friday, Biden participated in a virtual summit with the leaders of India, Japan and Australia. “A free and open Indo-Pacific is essential,” Biden told his fellow members of the so-called Quad. “The United States is committed to working with you, our partners and all of our allies in the region to achieve stability.”

As part of that effort and “to reduce the risks of escalation,” the senior official said efforts had been made to connect with the North Koreans since mid-February, including through what is known as the “New York channel.” To date, the official said, “we have not received any response from Pyongyang.” The official spoke on condition of anonymity to discuss the sensitive diplomatic outreach.

As the administration plots its strategy, the official said it would continue to consult with the Japanese and South Koreans, as well as with the Chinese, and had also reached out to numerous former US officials involved in North Korea policy, including from the Trump presidency.

Biden’s meeting with the Quad came less than a week after US and South Korean negotiators overcame years of contentious discussions under Trump to reach a tentative deal on paying for the American troop presence in South Korea. That agreement, along with a similar one for Japan, will be front and center in Blinken and Austin’s meetings.

As he had done with allies in Europe, Trump threatened to reduce security cooperation unless host countries paid more, sparking fears of troop withdrawals at a time of particular uncertainty as China boosts efforts to dominate the region and North Korea’s nuclear weapons remain a major source of angst.

“Diplomacy is back at the center of our foreign policy, and we are working to strengthen America’s relationships with our allies as well as the relationships among them,” said Sung Kim, a career diplomat who is the top US diplomat for Asia. He served in the Philippines and Indonesia during the Trump administration and was also previously the special envoy for North Korea.

Yet, for all of Biden’s suggestions that he will reverse Trump’s overt hostility to China, he has yet to countermand a single one of his predecessor’s policies. He has, in fact, reaffirmed several of them, including maintaining sanctions in response to human rights abuses in western Xinjiang and Hong Kong and restating a Trump-era decision to reject outright nearly all of China’s maritime claims in the South China Sea.

And, many of China’s policies that the US finds objectionable — including its crackdown in Hong Kong, stepped up rhetoric against Taiwan and actions in the South China Sea — began during the Obama administration. The previous Democratic administration took office promising a “pivot to Asia” after a period of what many saw as American neglect for the region during George W. Bush’s presidency, which was consumed by the onset of wars in Afghanistan and Iraq.

In fact, although some obvious circumstances have changed since 2009, Blinken and Austin’s trip mirrors in many ways the initial overseas journey of President Barack Obama’s first secretary of state, Hillary Clinton, when she traveled to Japan, South Korea, Indonesia and then China in a bid to re-assert US interests in the Asia-Pacific. Obama’s engagement with China, however, did not produce the desired results, and the North Korean threat grew.

Although China is not on Blinken’s itinerary, after wrapping up the stop in Seoul, he will fly back to Washington via Anchorage, Alaska, where he and Sullivan, will meet senior Chinese officials. Austin, meanwhile, while fly from Seoul to New Delhi, where he’ll meet top Indian leaders.

Still, the administration is convinced that its domestic efforts to revitalize the U.S, economy and step up the fight against COVID-19 have put it in a better position both to blunt Chinese ambitions directly and leverage its partnerships to do the same.

“After the work of the past 50 days, Secretary Blinken and I will enter the meeting with senior Chinese representatives from a position of strength,” Sulllivan said on Friday.

How that strength will play with rivals like China and North Korea, let alone allies like Japan and South Korea, remains to be seen.

These were the details of the news China, NKorea loom as Blinken, Austin head to Asia for this day. We hope that we have succeeded by giving you the full details and information. To follow all our news, you can subscribe to the alerts system or to one of our different systems to provide you with all that is new.