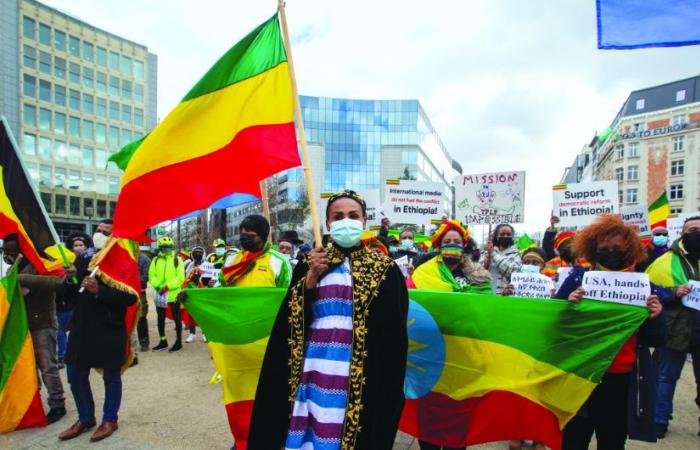 They protesters were seeking protection from arrest as Indian authorities have announced plans to deport them.
More than 1 million Rohingya Muslims have fled persecution in their native Myanmar over several decades. The number fleeing rose rapidly after a military crackdown that started in August 2017. While most of them are currently living in overcrowded refugee camps in Bangladesh, at least 40,000 have moved to India. Some 17,000 of them are registered with the UNHCR.
India is not a signatory to the 1951 Refugee Convention, which outlines the rights of refugees, as well as the legal obligations of states to protect them. It also does not have any domestic laws to protect them.
Arrests of Rohingya started on Saturday in Jammu, Indian-administered Kashmir, where nearly 200 were sent to a holding center in a process for deportation.
Those who arrived to protest in front of the UNHCR in the Vikaspuri area of Delhi came from Jammu to seek protection. The sit-in went on from Wednesday until police detained the protesters on Thursday morning.
“Some 88 persons have been detained,” Vikaspuri’s police station sub-inspector Vikas Sahu told Arab News. Rohingya representatives say that all of those who have been detained are UNHCR cardholders.
“We all have UNHCR cards that guarantee us to be refugees. We came to Delhi to seek protection from the UNHCR, but they did not respond to our plight,” one of the detained refugees, Mohammad Rofiq, told Arab News over the phone.

• Arrests started on Saturday in Jammu, where nearly 200 Rohingya were sent to a holding center.

The deportation plans were confirmed to Arab News by Jammu Inspector General of Police Mukesh Singh.
“List of those Rohingya who have been sent to the holding center will be sent to the Ministry of External Affairs and the ministry would send the list to the Myanmar government and they would verify the nationality and then we will deport them,” Singh said on Thursday.
He added that UNHCR cards do not entitle them to refugee status in India. “We can deport them despite them having the UNHCR card. You can refer this issue to the Indian government and the Supreme Court,” he said.
The detention of Rohingya in Jammu follows the Indian government’s announcement in 2017 that it would deport all Rohingya who are considered “illegal immigrants.”
Indian authorities have deported 12 Rohingya since October 2018, but the recent developments sent a new wave of fear among the community members.
“I have been living in this country for over 10 years and my family felt a sense of security here. Now our future looks uncertain,” 49-year-old Jammu-based Abdul Rohim told Arab News. His son, daughter-in-law and several relatives were arrested on Saturday.
Delhi-based Sabber Kyaw Min from the Rohingya Human Rights Initiative said that “The UNHCR is acting helpless at a time when the Rohingya need their intervention.”
Indian rights activist Tapan Bose of the Free Rohingya Coalition advocacy group accused the UNHCR of inaction. “I don’t understand why the UNHCR, which has a mandate to protect refugees, did nothing to provide shelter to the refugees who came from Jammu,” Bose said.

These were the details of the news Ethiopia’s Amhara region rejects charge of ‘ethnic cleansing’ in Tigray for this day. We hope that we have succeeded by giving you the full details and information. To follow all our news, you can subscribe to the alerts system or to one of our different systems to provide you with all that is new.