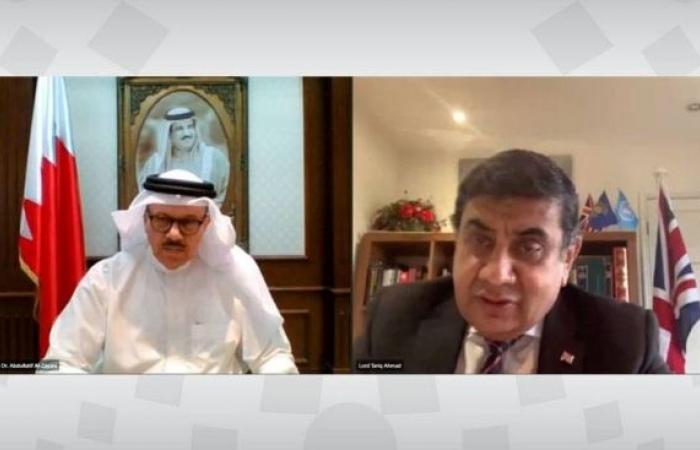 During the meeting, which was attended by top officials from both sides, the two sides affirmed the depth and strength of the distinguished historical relations between the Kingdom of Bahrain and the United Kingdom, in light of the mutual keenness to promote them in various fields, especially in human rights.

They also expressed their pride in and appreciation for the steady progress of relations between the two friendly countries, reviewing the efforts made to address the coronavirus pandemic and to provide vaccines.

The two sides discussed the efforts of Bahrain in promoting human rights, including the organization of a group of workshops by the foreign ministry that are concerned with preparing the national plan for human rights in Bahrain, as well as signing the Abraham Accords with Israel.

A number of topics of common concern were also discussed during the meeting. SG

These were the details of the news Bahraini foreign minister meets with UK minister for human rights for this day. We hope that we have succeeded by giving you the full details and information. To follow all our news, you can subscribe to the alerts system or to one of our different systems to provide you with all that is new.