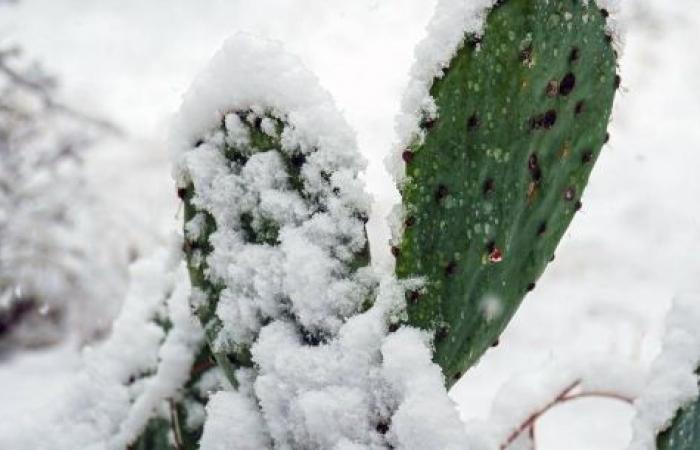 We show you our most important and recent visitors news details Polar vortex responsible for Texas deep freeze, warm Arctic temperatures in the following article

Hind Al Soulia - Riyadh - GENEVA — A “polar vortex” was responsible for the freezing conditions in the US state of Texas last month, UN weather experts said on Tuesday, before warning of a worrying increase in global carbon dioxide levels.

Spokesperson Clare Nullis from the World Meteorological Organization (WMO) told journalists during a regular briefing in Geneva that the United States shivered through its coldest February since 1989, thanks to the natural phenomenon:

The vortex is “area of low pressure and cold air, surrounding either of the poles”, she said. “It normally keeps cold air in the Arctic, warmer air in the lower latitudes. It weakened this winter so that meant that the cold air came spinning out of the Artic...warm air by contrast went into parts of the Arctic.”

Nullis added that no less than 62 all-time daily cold minimum temperature records were broken in the United States from Feb. 11-16, according to the US National Oceanic and Atmospheric Administration.

February temperatures were also well below the 1991-2020 average over much of the Russian Federation and North America, but they were well above average over parts of the Arctic, and from northwest Africa to southern Europe and China.

The UN agency also cautioned that although February was a relatively cold month, this does not negate the long-term warming trend from climate change.

“Cold records are becoming rarer, in contrast to heat temperature records and heatwaves. We expect this trend to continue,” WMO said in a statement.

Globally, February 2021 was close to the 1991-2020 average, but 0.26 degrees Celsius warmer than the 1981-2010 average. This value represents the coldest monthly anomaly for almost six years, according to the European Union’s Copernicus Climate Change Service.

“The fact that we had a relatively cold month does not negate climate change, it does not reverse the long-term trend in rising temperatures due to global warming, climate change”, she said.

“The fact that we’ve got COVID-19 which temporarily put a brake on emissions last year does not mean that the need for climate action is diminishing.” — UN News

These were the details of the news Polar vortex responsible for Texas deep freeze, warm Arctic temperatures for this day. We hope that we have succeeded by giving you the full details and information. To follow all our news, you can subscribe to the alerts system or to one of our different systems to provide you with all that is new.