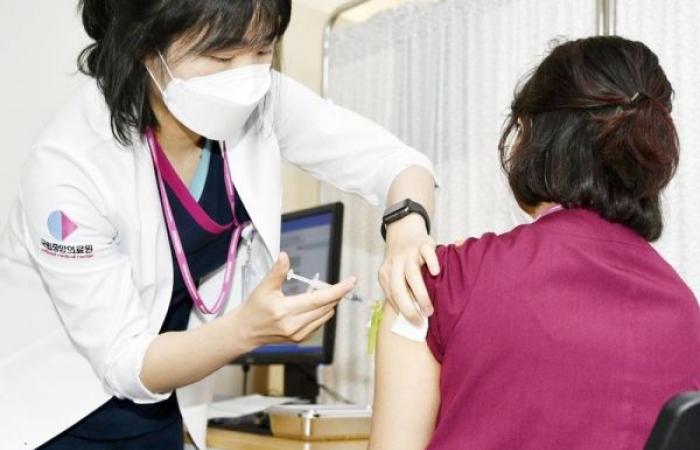 "There is the possibility of giving pharmaceutical approval as early as May or June," Norihisa Tamura, minister of health, labor and welfare, said on a TV program.

US pharmaceutical giant Pfizer Inc.'s vaccine was the first to be approved for use in Japan in February. Britain's AstraZeneca Plc filed an application for its coronavirus vaccine in early February and Takeda Pharmaceutical Co. also applied for approval of US biotechnology company Moderna Inc.'s vaccine last Friday.

Takeda, which is handling domestic approval and imports of about 50 million Moderna doses, announced the filing. It had earlier said approval could be given in May.

Japan kicked off its inoculations in the middle of February using Pfizer Inc.’s vaccine. But Pfizer doses, imported from European factories, are in short supply.

Japan has signed agreements with the three vaccine makers for a total of 314 million doses of COVID-19 vaccine, enough to inoculate 157 million people. The country's population is around 126 million.

Prime Minister Yoshihide Suga has repeatedly said vaccinations are a decisive step to bring the pandemic under control as early as possible.

Tamura said the government would be ready to consider an application by Johnson & Johnson for its single-dose vaccine if one is filed. But it has yet to decide on whether to purchase the vaccine as it is still a matter for discussion, he said.

Tamura also said the government plans to boost medical capacity once the state of emergency for Tokyo and three surrounding prefectures is lifted. The emergency declaration covering the capital and Chiba, Kanagawa and Saitama prefectures was extended Friday for two weeks.

"We don't want to see another resurgence of the virus, but we need to think of the worst-case scenario," said Tamura, adding that the government aims to shore up the health care system so it will be able to handle a resurgence that is even twice the scale of the current wave. — SPA/Kyodo

These were the details of the news Japan could approve 2nd COVID-19 vaccine as early as May for this day. We hope that we have succeeded by giving you the full details and information. To follow all our news, you can subscribe to the alerts system or to one of our different systems to provide you with all that is new.