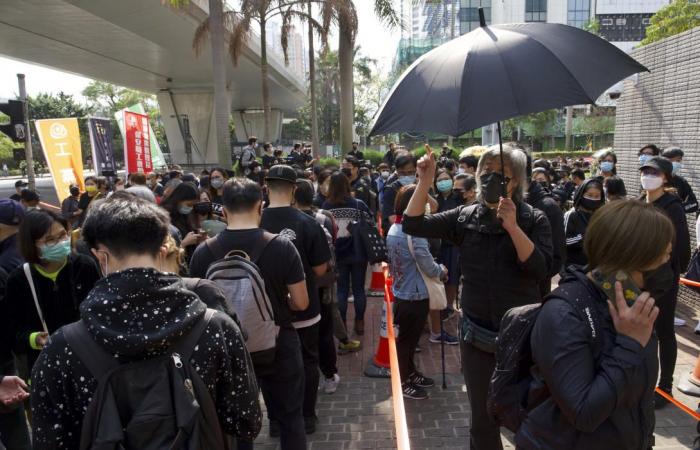 “We are going to be starting this process... with a technical meeting which will take place in Iran at the beginning of April, which I hope will be followed by other technical or political meetings,” Grossi, the head of the International Atomic Energy Agency (IAEA), told reporters at a press conference.

The new process will be aimed at clarifying queries the IAEA has raised about the possible previous presence of nuclear material at undeclared sites.

Meanwhile, The European nations will not go ahead with a planned resolution criticising Iran at this week’s meeting of the UN nuclear watchdog, diplomatic sources said on Thursday.

France, Britain and Germany had planned to introduce a resolution at a meeting of the International Atomic Energy Agency’s board of governors, with the support of the United States, criticising Iran’s suspension of some IAEA inspections.

However, diplomats said the resolution, which had not yet been formally submitted, will now not be put forward.

The decision to hold off was taken “to give time to diplomacy,” one diplomatic source said, pointing to “initiatives undertaken by (IAEA Director General Rafael) Grossi” and signs of “good faith” on the Iranian side.

The latest moves come at a delicate moment for diplomacy on the Iranian nuclear issue, with fragile efforts underway to revive the ailing 2015 deal between Iran and world powers on its nuclear programme.

The Iranian Ambassador to the IAEA Kazem Gharib Abadi, tweeted on Thursday that “due to extensive diplomatic consultations” at the IAEA, “a glimpse of hope is looming to prevent unnecessary tension.”

The US told IAEA that Iran has been given a chance to address the concerns on uranium particles found at undeclared, old sites and Washington will watch closely.

“Iran has now been given another opportunity by the Director General to offer up the necessary cooperation before this Board next meets,” the US statement to the board said, shortly after diplomats said plans for a resolution criticizing Iran had been scrapped.

“The United States, like all Board members, will calibrate our views on the Board’s next steps according to whether Iran seizes the opportunity now before it to finally and credibly address the IAEA's concerns,” it added.

US President Joe Biden has said he is willing to bring the United States back to the landmark 2015 deal, known as the JCPOA.

It has been unravelling since Biden’s predecessor Donald Trump pulled the US out of the agreement in 2018.

Earlier this week, a report in the Iranian Vatan-e-Emrouz newspaper said Tehran had “temporarily suspended the production of uranium metal on the order of the President (Hassan Rouhani).”

The government in Tehran has not disputed the accuracy of the report.

However, Iran says it has the right to breach this and a series of other constraints on its nuclear activities laid down in the deal in retaliation for the US withdrawal from the accord and subsequent imposition of sanctions.

Iran says the uranium metal production is part of its plans to provide advanced fuel for a research reactor in Tehran.

But the topic is sensitive because uranium metal can be used as a component in nuclear weapons.

Late last month Iran suspended some IAEA inspections as US sanctions had not yet been lifted, described by Grossi as a “huge loss” for the agency.

However, after two days of talks with Iranian officials in Tehran, a three-month arrangement was agreed under which Iran pledged to keep recordings “of some activities and monitoring equipment” and hand them over to the IAEA as and when US sanctions are lifted.

Iran had threatened to suspend that arrangement in the event of a critical resolution at the IAEA.

European states and the US criticised Iran’s suspension of inspections in their statements to the IAEA's board this week.

“How does ending such monitoring serve Iran’s goal of re-establishing confidence in its nuclear programmes and intentions?” asked US Charge d'Affaires Louis L Bono.

“These steps are counterproductive, and Iran should reverse them,” he added.

These were the details of the news Hong Kong court denies bail to 32 democracy activists for this day. We hope that we have succeeded by giving you the full details and information. To follow all our news, you can subscribe to the alerts system or to one of our different systems to provide you with all that is new.

NEXT UK rejects US call to repatriate Daesh members