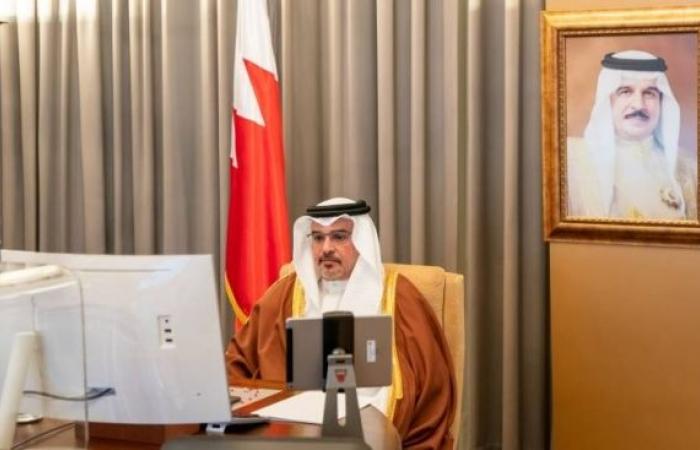 We show you our most important and recent visitors news details Bahrain Cabinet says Saudi Arabia is fulcrum of regional stability, backs Kingdom’s leadership in the following article

Hind Al Soulia - Riyadh - MANAMA — Bahrain’s Cabinet on Monday affirmed the Gulf state’s support for Saudi Arabia under the leadership of Custodian of the Two Holy Mosques King Salman and Crown Prince Muhammad Bin Salman, calling the Kingdom as the fulcrum of regional and global safety and stability and the primary stabilizing factor in the region and the global economy.

In a virtual session chaired by Bahrain’s Crown Prince Salman bin Hamad Al Khalifa, the Cabinet reiterated the country’s firm support for Saudi Arabia’s foreign ministry's statement regarding the report submitted to the US Congress.

The Bahraini Cabinet condemned the Houthi militia's launch of a ballistic missile towards the city of Riyadh and booby-trapped explosives towards the cities of Jizan and Khamis Mushait in the Kingdom.

The Cabinet affirmed Bahrain's solidarity with the Kingdom in all the measures it takes to confront these reckless terrorist attacks that deliberately and systematically target civilians in flagrant violation of international humanitarian law.

The Bahraini crown prince underlined the importance of expediting government initiatives, through committees, projects, and plans implemented by the ministries, with periodic evaluation of progress and achievements.

The Cabinet stressed the government’s commitment to furthering cooperation between the executive and legislative authorities to ensure Bahrain’s continued development.

These were the details of the news Bahrain Cabinet says Saudi Arabia is fulcrum of regional stability, backs Kingdom’s leadership for this day. We hope that we have succeeded by giving you the full details and information. To follow all our news, you can subscribe to the alerts system or to one of our different systems to provide you with all that is new.