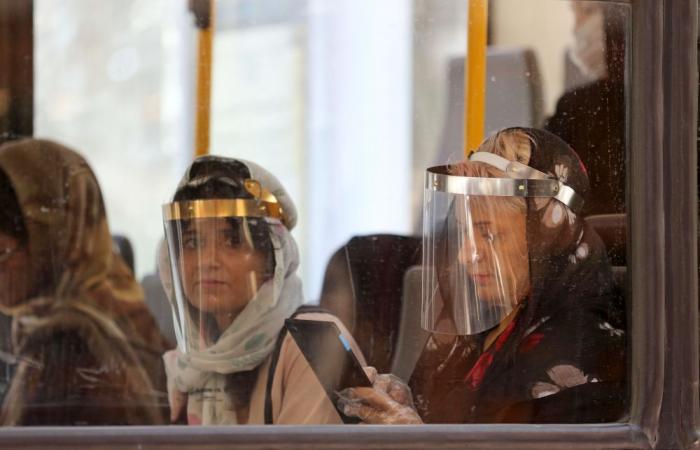 Hello and welcome to the details of Iran health ministry says coronavirus deaths cross 60,000 mark and now with the details

The grim milestone comes after several Iranian officials, including President Hassan Rouhani, warned of a Covid-19 “fourth wave” with cases rising in certain areas of the country.

“Sadly, in the past 24 hours, 93 people lost their lives to Covid-19, and total deaths from this disease reached 60,073,” health ministry spokeswoman Sima Sadat Lari said in a televised address.

Iran has registered a total of 1,631,169 infections, according to the ministry.

But some officials — including Health Minister Saeed Namaki — have admitted in the past that the actual numbers are likely higher than the official figures.

The coronavirus taskforce spokesman Alireza Raisi on Friday said that Iran is “very concerned” about the more contagious British variant of the virus, which has already “circulated in the country.”

“We have identified 112 people infected with the British variant in the country, eight of whom have died,” he said, according to the health ministry.

He noted that the variant was seen in many provinces including the capital Tehran, and the virus’ new focal point in the southwest, Khuzestan.

The number of daily infections has hit 8,000 in recent days, a level still much lower than the record high of 14,051 infections registered on November 27.

Daily deaths dropped below 100 in early January, the lowest level since June.

Tehran started a national vaccination campaign on February 9 using Russia’s Sputnik V vaccine, with the first target groups being health workers, the elderly, and those with pre-existing health conditions.

These were the details of the news Iran health ministry says coronavirus deaths cross 60,000 mark for this day. We hope that we have succeeded by giving you the full details and information. To follow all our news, you can subscribe to the alerts system or to one of our different systems to provide you with all that is new.