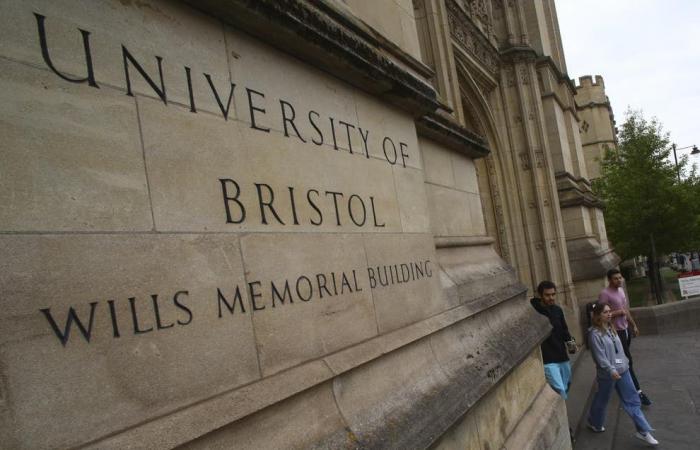 Jeddah - Yasmine El Tohamy - LONDON: Academics at the University of Bristol have urged it to abide by academic freedom and resist firing one of its lecturers, David Miller, who has been accused of anti-Semitism.

A professor of political sociology, Miller said Israel wants to “impose its will all over the world,” and it is “fundamental to Zionism to encourage Islamophobia and anti-Arab racism.”

He claimed that members of the British university’s Jewish Society who had submitted complaints regarding his comments are being used as “political pawns by a violent, racist foreign regime engaged in ethnic cleansing.”

A letter of support for Miller has been signed by several academics who said he was “approached to provide a statement on Israel and Palestine” and “simply responded honestly to the query.”

They warned that “well-orchestrated efforts” have been made to misrepresent his response as proof of anti-Semitism, and that sacking him would “crush academic freedom.” The letter was sent to Prof. Hugh Brady, president and vice chancellor of the university.

Miller has said his aim is to end “settler colonialism in Palestine” and “end Zionism as a functioning ideology of the world.”

Jewish Society President Edward Isaacs said the university is giving Miller’s views “legitimacy and power” by refusing to take action.“Jewish students have been actively seeking to ensure they are not taught by David Miller, and when they are, they are fearful of him finding out they are Jewish or associated with the Jewish Society,” Isaacs said.

“These are dangerous conspiracy theories about dual loyalty, dishonesty and Jewish students being operatives of a foreign state.”

Miller told The Times newspaper that he takes student safety “very seriously,” and that universities are governed by laws protecting the right to espouse research “that some may find discomfiting.”

Bristol University said: “We do not endorse the comments made by Prof. Miller about our Jewish students.”

The university said it is speaking to student organizations, including the Jewish Society, and the UCU, an academic union, “about how we can address student concerns swiftly, ensuring that we also protect the rights of our staff.”

These were the details of the news Academics back UK professor accused of anti-Semitism for this day. We hope that we have succeeded by giving you the full details and information. To follow all our news, you can subscribe to the alerts system or to one of our different systems to provide you with all that is new.