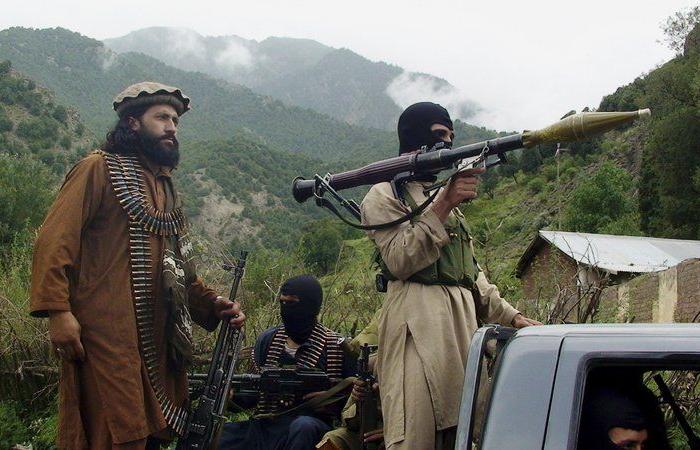 You are now following the details of the Pakistan experts: Religiosity fostering rise in militancy news and now we leave you with the details

Mohamed Nass - Cairo - ISLAMABAD (AP) — Militant attacks are on the rise in Pakistan amid a growing religiosity that has brought greater intolerance, prompting one expert to voice concern the country could be overwhelmed by religious extremism.

Pakistani authorities are embracing strengthening religious belief among the population to bring the country closer together. But it’s doing just the opposite, creating intolerance and opening up space for a creeping resurgence in militancy, said Mohammad Amir Rana, executive director of the independent Pakistan Institute for Peace Studies.

“Unfortunately, instead of helping to inculcate better ethics and integrity, this phenomenon is encouraging a tunnel vision” that encourages violence, intolerance and hate, he wrote recently in a local newspaper. “Religiosity has begun to define the Pakistani citizenry.”

Militant violence in Pakistan has spiked: In the past week alone, four vocational school instructors who advocated for women’s rights were traveling together when they were gunned down in a Pakistan border region. A Twitter death threat against Nobel laureate Malala Yousafzai attracted an avalanche of trolls. They heaped abuse on the young champion of girls education, who survived a Pakistani Taliban bullet to the head. A couple of men on a motorcycle opened fire on a police check-post not far from the Afghan border killing a young police constable.

In recent weeks, at least a dozen military and paramilitary men have been killed in ambushes, attacks and operations against militant hideouts, mostly in the western border regions.

A military spokesman this week said the rising violence is a response to an aggressive military assault on militant hideouts in regions bordering Afghanistan and the reunification of splintered and deeply violent anti-Pakistan terrorist groups, led by the Tehreek-e-Taliban. The group is driven by a radical religious ideology that espouses violence to enforce its extreme views.

India and Pakistan routinely trade allegations that the other is using militants to undermine stability and security at home.

Security analyst and fellow at the Center for International Security and Cooperation, Asfandyar Mir, said the reunification of a splintered militancy is dangerous news for Pakistan.

“The reunification of various splinters into the (Tehreek-e-Taliban) central organization is a major development, which makes the group very dangerous,” said Mir.

The TTP claimed responsibility for the 2012 shooting of Yousafzai. Its former spokesman, Ehsanullah Ehsan, who mysteriously escaped Pakistan military custody to flee to the country, tweeted a promise that the Taliban would kill her if she returned home.

Iftikar, in a briefing of foreign journalists this week, said Pakistani military personnel aided Ehsan’s escape, without elaborating. He said the soldiers involved had been punished and efforts were being made to return Ehsan to custody.

The government reached out to Twitter to shut down Ehsan’s account after he threatened Yousafzai, although the military and government at first suggested it was a fake account.

But Rana, the commentator, said the official silence that greeted the threatening tweet encouraged religious intolerance to echo in Pakistani society unchecked.

“The problem is religiosity has very negative expression in Pakistan,” he said in an interview late Friday. “It hasn’t been utilized to promote the positive, inclusive tolerant religion.”

The 2018 general elections that brought cricket star-turned-politician Imran Khan to power was mired in allegations of support from the powerful military for hard-line religious groups.

Those groups include the Tehreek-e-Labbaik party, whose single-point agenda is maintaining and propagating the country’s deeply controversial blasphemy law. That law calls for the death penalty for anyone insulting Islam and is most often used to settle disputes. It often targets minorities, mostly Shiite Muslims, who makeup up about 15% of mostly Sunni Pakistan’s 220 million people.

Mir, the analyst, said the rise in militancy is a complicated conundrum. It has benefited from state policies that have been either supportive or ambivalent toward militancy as well as from sustained exposure of the region to violence. Most notable are the protracted war in neighboring Afghanistan and the simmering tensions between hostile neighbors India and Pakistan, two countries that possess a nuclear weapons’ arsenal.

Mir and Rana both pointed to the Pakistani government’s failure to draw radical thinkers away from militant organizations, as groups that seemed at least briefly to eschew a violent path have returned to violence and rejoined the TTP.

Iftikar said the military has stepped up assaults on the reunited Pakistani Taliban, pushing the militants to respond, but only targets they can manage, which are soft targets.

But Mir said the reunited militants pose a greater threat.

“With the addition of these powerful units, the TTP has major strength for operations across the former tribal areas, Swat, Baluchistan, and some in Punjab,” he said. “Taken together, they improve TTP’s ability to mount insurgent and mass-casualty attacks.”

These were the details of the news Pakistan experts: Religiosity fostering rise in militancy for this day. We hope that we have succeeded by giving you the full details and information. To follow all our news, you can subscribe to the alerts system or to one of our different systems to provide you with all that is new.