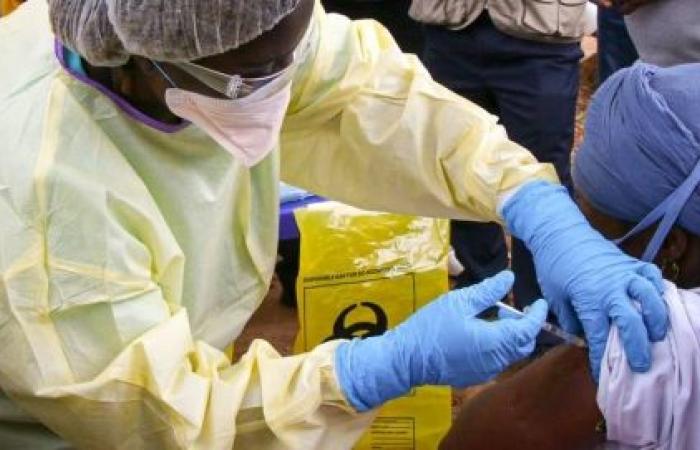 So far, nine cases have been reported in Guinea, leading to five deaths. While there have been no confirmed cases beyond the West African nation so far, the outbreak’s epicenter, Gouecke, N’Zerekore prefecture, is close to the borders of Liberia, Sierra Leone and Côte d'Ivoire, according to the UN health agency.

Ebola virus disease (EVD) is a rare but severe and often fatal illness. The average death rate is around 50 percent, with rates that have varied from 25 percent to 90 percent in past outbreaks.

The virus spreads through contact with the body fluids — such as vomit, feces or blood — of an infected person, or through contaminated surfaces and materials, such as bedding and clothing.

“We’ve learned the hard lessons of history and we know...preparedness works”, said Matshidiso Moeti, WHO Regional Director for Africa, stressing that “systematic surveillance, comprehensive preparations and strong, cross-border coordination are crucial to detecting any cases and ensuring that they are quickly isolated, treated and that vaccination of high-risk contacts begins quickly.

In addition to surveillance and screening at border crossing points, and in high-risk communities, rapid response teams are being deployed to border areas.

West African countries are also committed to stepping up testing and treatment facilities. So far 20 suspected cases have been reported across three countries bordering Guinea. All tested negative for Ebola.

Soon after the first case was reported, Guinea began an Ebola vaccine drive focusing on high-risk communities, especially in the epicenter Gouecke. To date, around 225 people have been vaccinated, including 66 high-risk contacts, according to WHO.

Meanwhile, the UN health agency has disbursed $1.25 million to support Guinea and to reinforce Ebola readiness in all six neighboring nations.

Around 65 WHO experts are on the ground and the government has provided a charter flight to deliver the rVSV-ZEBOV Ebola vaccine, ultra-cold chain containers, personal protective equipment, and other medical supplies from the capital Conakry to N’Zerekore.

Moreover, the UN Central Emergency Response Fund (CERF) has also released $15 million to help Guinea and the Democratic Republic of the Congo (DRC) tackle the resurgence of Ebola, as well as preparedness in countries neighboring DRC.

So far eight cases and four deaths have been reported in DRC’s North Kivu province, following the fresh Ebola outbreak declared there on Feb. 7.

The recent tragic death of Italian Ambassador Luca Attanasio in DRC, who was traveling in a UN World Food Programme (WFP) convoy, has highlighted the difficulties of dealing with outbreaks and the COVID-19 pandemic in areas of Africa where armed groups holds sway, hampering surveillance and treatment efforts. — UN news

These were the details of the news West Africa steps up efforts to tackle latest Ebola threat for this day. We hope that we have succeeded by giving you the full details and information. To follow all our news, you can subscribe to the alerts system or to one of our different systems to provide you with all that is new.