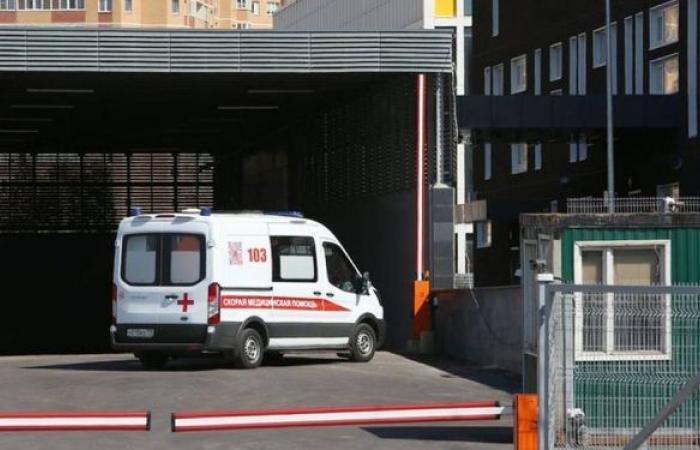 Coronavirus is continuing its spread across the world with over 100 million confirmed cases in 218 countries and more than 2.49 million deaths. The virus is surging in many regions and countries that had apparent success in suppressing initial outbreaks are also seeing infections rise again.

The US has recorded about 28 million cases (28,902,817) and more than 515,306 deaths, the highest figures in the world. Daily cases were at record levels in early January but they are now falling. More than 19,213, 217 coronavirus patients have recovered, and these numbers are increasing, according to Johns Hopkins University.

The Centers for Disease Control and Prevention (CDC) said preliminary data show that rates of COVID-19 associated hospitalizations continue to decline after peaking in early January. This decline is promising, but we should all do our part to slow the spread: Wear a mask. Stay 6 feet apart.

CDC director Dr. Rochelle Walensky told NBC network, “We are still at about 100,000 cases a day. We are still at around 1,500 to 3,500 deaths per day. The cases are more than two-and-a half fold times what we saw over the summer. It’s encouraging to see these trends coming down, but they’re coming down from an extraordinarily high police.”

India and Brazil have the second and third highest case tallies, recording some 11 and 10.2 million cases respectively. Infections have been reported in more than 218 countries and territories since the first cases were identified in China in December 2019.

In Moscow, Russia reported 11,749 new coronavirus cases on Wednesday, bringing the total number of confirmed infections to 4,200,902 after it crossed the 4 million mark. Russia's coronavirus crisis center said 383 coronavirus patients had died in the last 24 hours and the overall national coronavirus death toll was at 84,430.

They added 12,218 people recovered from the virus, raising the total number of recoveries to 3,751,562. The COVID-19 pandemic was confirmed to have spread to Russia on Jan. 31, 2020 when two Chinese citizens in Tyumen (Siberia) and Chita (Russia Far east) tested positive for the virus.

In Berlin, German health authorities reported on Wednesday 422 deaths and 8,007 new coronavirus cases in the past 24 hours. The Robert Koch Institute (RKI) for infectious diseases said the country’s death toll increased to 68,740 cases and the total confirmed cases those to 2,402,818.

In Brussels, total infections of coronavirus cases in Belgium on Wednesday increased to 757,696 with 2,103 new infections reported by Belgian health authorities. They reported 33 more deaths from COVID-19 in the last 24 hours raising the total death toll to 21,956.

In Madrid, the Spanish Health Ministry on Tuesday reported 443 deaths from the novel coronavirus and 7,461 more infections in the last 24 hours. The caseload has now surged to 3,161,432 and the death toll to 68,079 since the outbreak of the pandemic.

It added 16 people have recovered from the virus and left hospitals in the past 24 hours to reach a total of 84,858. There are still 360 patients receiving treatment.

In New Delhi, India said on Wednesday that 104 people died due to COVID-19 while 13,742 new cases of the coronavirus were registered in the past 24 hours. The Ministry of Health and Family Welfare said that fatalities due to COVID-19 rose to 156,567 as the total number of positive cases mounted to 11,300,176.

According to the ministry, 10,726,702 people recuperated from the pandemic as it spread to 35 states. India has the world's second-highest caseload, but daily infections have dipped steadily since hitting a peak in September.

In Tokyo, Japan reported on Wednesday 1,074 daily cases of novel coronavirus, raising the nation’s total number 427,805, the Health Ministry and local authorities said. The country’s cumulative death toll rose by 60 and stood at 7,614.

Tokyo added 213 new infections, staying below 300 for the fourth straight day, which brought the total cases in the Japanese capital to 110,400. In an effort to curb the spread of coronavirus variants, Prime Minister Yoshihide Suga declared a state of emergency for Tokyo and three surrounding prefectures. It had suspended new entries of non-resident foreign nationals from around the world to Japan through Jan. 31.

In Seoul, South Korea reported 440 new coronavirus cases Wednesday, Yonhap reported in the past 24 hours, bringing the total caseload to 88,120, according to the Korea Disease Control and Prevention Agency (KDCA).

Three people died in the past 24 hours raising the death toll to 1,576. Of the newly identified local infections, 138 cases were reported in Seoul and 137 cases in Gyeonggi Province that surrounds the capital.

In Rio de Janeiro, Brazil had 62,715 new cases of the novel coronavirus reported in the past 24 hours, and 1,386 deaths from COVID-19, the Health Ministry said on Tuesday. The South American country has now registered 10,257,875 cases since the pandemic began, while the official death toll has risen to 248,529, according to ministry data, in the world's third worst outbreak outside the United States and India and its second-deadliest.

In Cairo, the Egyptian Ministry of Health and Population said on Tuesday that 633 more people tested positive for the novel coronavirus and 39 patients died over the past 24 hours. The figures took the country’s tally to 179,407 infections and 10,443 deaths the ministry said. Another 500 patients have been discharged from the hospitals, bringing the overall recoveries to 138,683.

In Tunis, Tunisia’s Ministry of Health on Tuesday announced 32 deaths from the novel coronavirus and 844 more infections in 24 hours. The tally of confirmed deaths and infections rose to 7,843 and 229,781 respectively since the outbreak of the virus. Meanwhile, overall recoveries went up to 190,155.

Meanwhile, Mauritania’s Ministry of Health said Tuesday that 20 persons tested positive for the novel coronavirus, bringing the country’s caseload to 17,130 Two more fatalities in the last 24 hours pushed the death toll from the viral illness to 437. The report said, 42 patients have been discharged from hospitals, raising the overall recoveries to 16,472 cases. — Agencies

These were the details of the news Global coronavirus cases reaches 112.7m; death toll hits 2.49m for this day. We hope that we have succeeded by giving you the full details and information. To follow all our news, you can subscribe to the alerts system or to one of our different systems to provide you with all that is new.