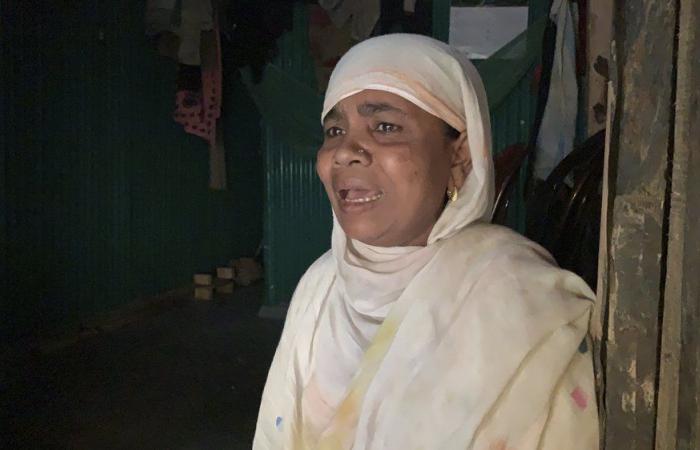 You are now following the details of the UN: Boat with Rohingya refugees adrift without food, water news and now we leave you with the details

Mohamed Nass - Cairo - DHAKA, Bangladesh (AP) — A group of Rohingya refugees is adrift in a boat in the Andaman Sea without food or water, the United Nations said Wednesday, as their families worried that many may have already died.

The U.N. High Commissioner for Refugees, or UNHCR, said it understands that some of the refugees died after the boat left southern Bangladesh about two weeks ago. It said it does not know the boat’s exact current location.

The U.N. and rights groups including Amnesty International have said many of the refugees were ill and suffering from acute dehydration.

More than one million Rohingya refugees from Myanmar are living in crowded camps in Bangladesh, including more than 700,000 who fled after Myanmar’s military conducted a harsh counterinsurgency operation in 2017 involving mass rape, murders and the torching of villages.

Authorities in Bangladesh said Tuesday they had no information about any boat that recently carried Rohingya refugees out of Bangladesh’s waters.

“We have no idea,” said Hafizur Rahman, police chief of Teknaf in Cox’s Bazar district.

The UNHCR said the Indian coast guard has sent rescuers to look for the refugees.

“We appreciate the efforts of the Indian coast guard in deploying their search and rescue team,” said Catherine Stubberfield, spokesperson for the UNHCR Regional Bureau for Asia and the Pacific.

“Given that the refugees are still adrift at sea, immediate disembarkation is absolutely critical to meeting their most basic human needs and ensuring that their safety is no longer threatened,” she said in an email.

P.N. Anup, a spokesman for the Indian coast guard, said he had “nothing to say as of now.”

The mother of a 25-year-old man on the boat said she was worried about his fate.

“Oh Allah, save all of the people that are stuck in the boat including my son with your divine magic. Put them somewhere on the coast of the river. Please fulfill the wishes of my son to go there,” said Nasima Khatun.

“Is my son alive? Has anything happened to him because of hunger? I do not know anything about what my son is doing, how he is surviving. He only took 4 liters of water,” she said.

Chris Lewa, director of the Arakan Project that monitors the Rohingya crisis, said they had heard at least eight people had died on the boat.

Lewa said they boarded the boat on Feb. 11 to reach Southeast Asia but its engine broke down.

She said the Arakan Project has been unable to contact the refugees for several days.

“We had talked to them. But now they are traceless. They have no water or food, they are drinking sea water and dying,” Lewa said by phone.

Bangladesh is eager to send the refugees in the camps back to Myanmar. Several attempts at repatriation under a joint agreement failed because the Rohingya refused to go, fearing more violence in a country that denies them basic rights including citizenship.

Image: Rohingya refugee Nasima Khatun, mother of a 25-year-old man stranded on a boat, speaks with the Associated Press at Kutupalong refugee camp in Cox’s Bazar district, Bangladesh, Wednesday, Feb. 24, 2021. A group of Rohingya refugees is adrift in a boat in the Andaman Sea without food or water, the United Nations said Wednesday, as their families worried that many may have already died. “Oh Allah, save all of the people that are stuck in the boat including my son with your divine magic. Put them somewhere on the coast of the river. Please fulfill the wishes of my son to go there,” said Khatun. (AP Photo/Shafiqur Rahman)

These were the details of the news UN: Boat with Rohingya refugees adrift without food, water for this day. We hope that we have succeeded by giving you the full details and information. To follow all our news, you can subscribe to the alerts system or to one of our different systems to provide you with all that is new.