Hong Kong to spend $15.4B to stabilize virus-ravaged economy 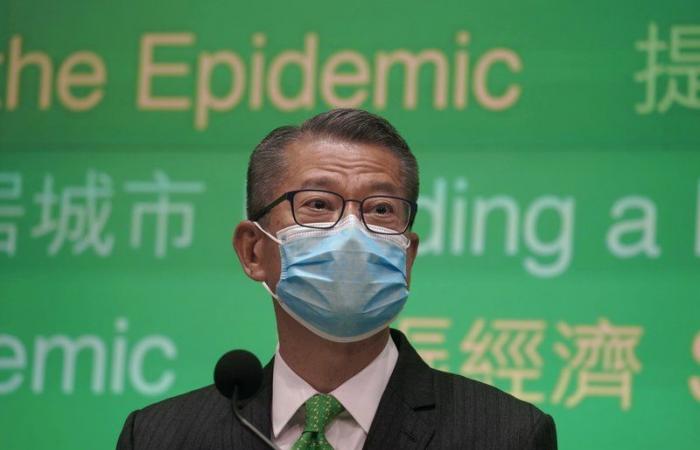 You are now following the details of the Hong Kong to spend $15.4B to stabilize virus-ravaged economy news and now we leave you with the details

The measures — which include tax relief, loans for the unemployed and consumption vouchers — are aimed at stabilizing the economy, Hong Kong Finance Minister Paul Chan said in a budget speech Wednesday. He forecast the economy is set to grow 3.5% to 5.5 percent this year, compared to the economic contraction of 6.1% in 2020.

The budget for 2021 “aims to alleviate the hardship and pressure caused by the economic downturn and the epidemic,” Chan said.

Unemployed residents can get loans capped at 80,000 Hong Kong dollars ($10,300) in a program that postpones payments for the first year and charges one percent interest. The measures come after Hong Kong last week reported a 7% jobless rate between November and January, the highest since April 2004.

Vouchers worth 5,000 Hong Kong dollars ($645) will also be issued in installments to residents to boost consumption. Businesses and individuals will also receive tax relief.

Chan said that Hong Kong’s fiscal deficit is at a record high, after the government last year spent 300 billion Hong Kong dollars ($38.7 billion) on supporting measures, including a cash handout to residents, tax breaks and wage subsidies for businesses.

To help replenish tax coffers drained by the extra spending and weak economy, the government will raise the stamp tax on stock trading to 0.13 percent from 0.1 percent as of Aug. 1, Chan said.

That caused shares in the company operating the local bourse, Hong Kong Exchanges & Clearing Ltd., to fall as much as 12.4 percent on Wednesday. The benchmark Hang Seng index fell three percent, to 29,718.24.

Chan said Hong Kong, a semi-autonomous Chinese territory, would benefit from mainland China’s “fundamentally sound” economy, despite uncertainties from the epidemic and in US-China relations.

“In the medium term, Hong Kong will continue to benefit from the ongoing development of the mainland and the shift in global economic gravity from West to East,” Chan said.

These were the details of the news Hong Kong to spend $15.4B to stabilize virus-ravaged economy for this day. We hope that we have succeeded by giving you the full details and information. To follow all our news, you can subscribe to the alerts system or to one of our different systems to provide you with all that is new.