Mt Etna’s latest eruptions awe even those who study volcanos 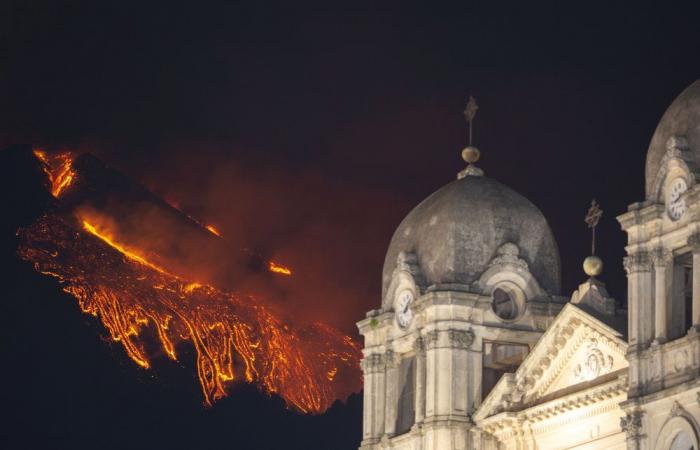 The latest eruption overnight petered out by around 0900 GMT Tuesday, according to Italy’s National Institute for Geophysics and Volcanology.

For over a week, Etna has been belching lava, ash and volcanic rocks on a regular basis. The nearby Catania Airport closed temporarily, and residents of the town of Pedara said it appeared one day last week as if it were raining rocks as a thick blanket of ash covered the town.

Volcanologist Boris Behncke of the national institute’s Etna observation center has followed the latest paroxysms with awe. Writing on the institute’s website this week, he said that after “gifting us moments of suspense” over the previous nights, Etna finally erupted in a way “those of us who have worked in this for decades have rarely seen.”

Referring to the activity overnight, he tweeted Tuesday: “Did I call the 20-21 February paroxysm of #Etna ‘incredibly powerful’? Well, its successor, in the night of 22-23 February, was MUCH more powerful.”

So far, there have been no reports of damage or injuries.

Image: Lava flows from the Mt Etna volcano, near Catania in Sicily, southern Italy, Tuesday, Feb. 23 , 2021. The explosion started before midnight on Monday night, provoking a huge eruption plume that rose for several kilometers from the top of Etna, as reported by The National Institute of Geophysics and Volcanology, Etneo Observatory. (AP Photo/Salvatore Allegra)

These were the details of the news Mt Etna’s latest eruptions awe even those who study volcanos for this day. We hope that we have succeeded by giving you the full details and information. To follow all our news, you can subscribe to the alerts system or to one of our different systems to provide you with all that is new.