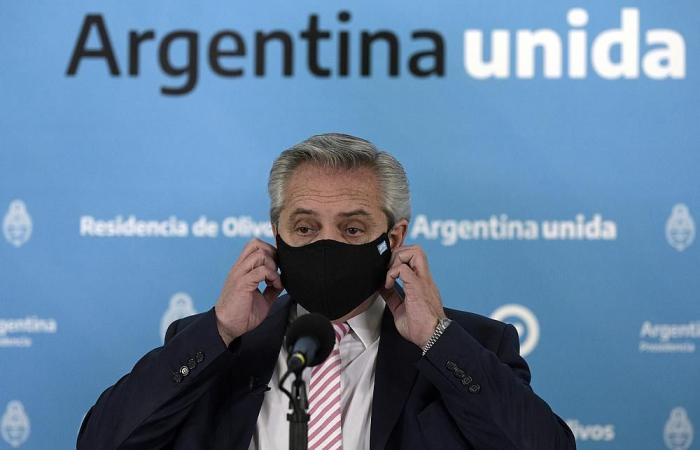 MEXICO CITY, Feb 24 — Argentina’s President Alberto Fernandez said yesterday that no crime had been committed in a scandal over coronavirus vaccine queue-jumping that forced his health minister to resign.

Fernandez, on an official visit to Mexico, called the incident “reprehensible” but said that the issue of vaccines was “very sensitive” and should not be politicized.

“I ask the prosecutors and judges to do what they must,” he said, adding that there was “no such crime” as vaccine queue-jumping under Argentinian law.

Gines Gonzalez Garcia quit as health minister on Friday at the request of Fernandez after it emerged that his friends had been able to skip the line for coronavirus inoculation.

Fernandez said he did not rule out further resignations.

“Those who have to go are going to have to go because I never promoted or endorsed any of that,” he said.

Fernandez himself received Russia’s Sputnik V coronavirus vaccine in January in what he said was an effort to encourage others to be inoculated.

“I had to have the vaccine because the Argentine media said that the Russian vaccine could not be trusted,” the 61-year-old said.

Fernandez said that he would seek Mexico’s support for a proposal for the G20 to ask coronavirus vaccine makers to waive their intellectual property rights “so all countries can produce them freely.”

Lopez Obrador urged the United Nations to do more to ensure equal access to vaccines against a virus that has killed more than 180,000 people in Mexico — one of the world’s highest tolls.

“There are more than 100 countries that do not have a single dose of the vaccine. This is totally unfair,” he said.

Mexico began mass vaccination on December 24, starting with health workers, but like many countries is constrained by limited supplies. — AFP

These were the details of the news Argentina president says no law broken in vaccine scandal for this day. We hope that we have succeeded by giving you the full details and information. To follow all our news, you can subscribe to the alerts system or to one of our different systems to provide you with all that is new.