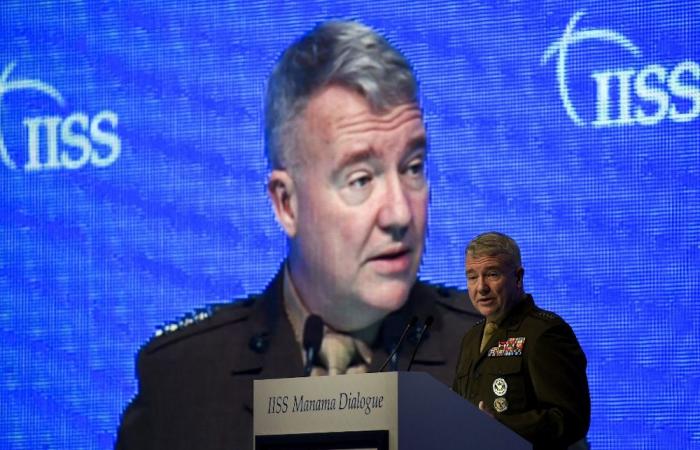 MUSCAT, Feb 22 — Iran must refrain from any provocation as Washington steps up efforts to salvage the 2015 nuclear deal with Tehran, the head of US forces in the Middle East told AFP.

“I would think this would be a good time for everybody to behave soberly and cautiously, and see what happens,” General Kenneth McKenzie said in an interview Sunday during a visit to Oman, from where he flew close to neighbouring Iran in a helicopter.

“I do believe we will be prepared for any eventuality, however.”

US President Joe Biden’s administration, European powers and Iran have boosted attempts to revive a 2015 deal that has been on the brink of collapse since Donald Trump withdrew from it three years later.

The four-star general, head of the US Army Central Command (Centcom) which covers the region urged Iran not to undertake any “nefarious activities” in a bid to rebuild trust.

“I think they would want to be recognised as a responsible member of the family of nations and a stable member in the region,” McKenzie said.

The US accuses Iran of destabilising the region through financial and military support for Shiite militant groups, especially in Iraq, Lebanon and Yemen.

Washington also accuses Iran’s elite Revolutionary Guards of disrupting maritime traffic in the strategic Strait of Hormuz, a chokepoint through which a fifth of world oil output passes.

The Strait of Hormuz was the focus of the US general’s visit to Oman, officially intended to make contact with the country’s new chief of staff, Rear Admiral Abdallah Ben Khamis al-Raissi.

On Saturday, he visited Oman’s rugged peninsula at the naval base at Khassab, which controls maritime traffic in the strait from its side, flying over the sea towards the Iranian island of Qeshm.

“We were about 28 miles (45 kilometres) across the channel and we were looking at Qeshm island,” he said.

The visit passed off peacefully, but security was tight, and the general did not rule out that Tehran would try to avenge revered Iranian general Qasem Soleimani, killed in an US drone strike in Baghdad in January 2020.

“I think there’s still a risk that they might entertain that as a course of action,” he said.

“Look, we constantly assess our force protection here in the region. We look at that very hard. So I’m confident that we’re ready for anything.”

But he said he was not fearful himself that he was at risk of being attacked.

“I’m an old Marine general,” he said. “There’s been a risk for me many times in many places. I’m confident that we have good force protection measures in place.”

In Iraq in recent months, several rocket attacks that Washington blames on pro-Iran factions have hit bases used by the US military.

The Sultanate of Oman is a US ally, which has several air bases in the country, with the navy using the southern port of Salalah.

It has often acted as a mediator between Iran and its regional enemies, and played a key role in facilitating talks involving the US that led to the 2015 nuclear deal.

Oman, with a population of 4.5 million, is also a neighbour of Iran — and international sanctions against Tehran have hit Muscat’s economy by impacting trade.

Oman’s ruler, Sultan Haitham, ascended to the throne in January 2020 after the death of his cousin, Sultan Qaboos, modern Oman’s founding father.

Qaboos transformed the former Arabian Peninsula backwater into a modern nation with a staunch policy of neutrality and non-interference.

Sultan Haitham has made several changes to government and reshuffled the military leadership since he came to power, but he has vowed not to change the sultanate’s policy. — AFP

These were the details of the news US top general urges Iran restraint amid efforts to restart talks for this day. We hope that we have succeeded by giving you the full details and information. To follow all our news, you can subscribe to the alerts system or to one of our different systems to provide you with all that is new.