India, China ‘complete disengagement’ of troops from part of border 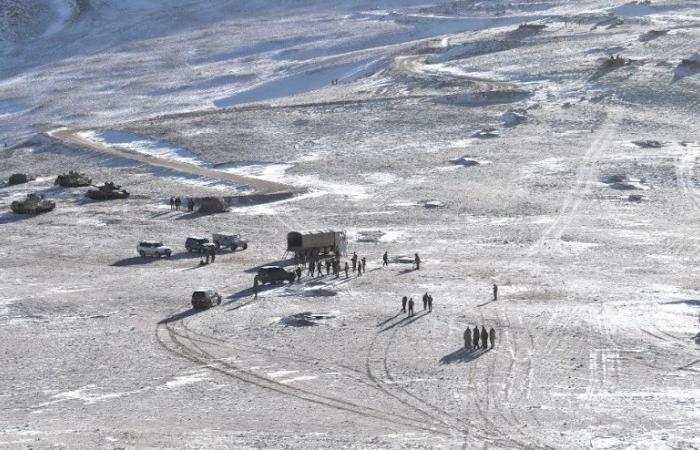 Hello and welcome to the details of India, China ‘complete disengagement’ of troops from part of border and now with the details

NEW DELHI, Feb 21 — India said today that its troops, along with their Chinese counterparts, had completed a pullback from a disputed part of their Himalayan border after months of heightened tensions.

The nuclear-armed neighbours fought a border war in 1962 and have long accused each other of seeking to cross their frontier — which has never been properly agreed — in India’s Ladakh region, just opposite Tibet.

The latest flare-up turned deadly in mid-June last year when 20 Indian soldiers were killed in a border battle in the strategically important Galwan river valley in Ladakh. Beijing on Friday said four of its soldiers had died in the clash, its first confirmation of Chinese fatalities.

After nine rounds of high-level military talks which have been held since the June clash, India’s Defence Minister Rajnath Singh said last week that both sides agreed to disengage from the Pangong Lake area.

India’s defence ministry said in a joint statement with Beijing that during the 10th round of talks on Saturday, “the two sides positively appraised the smooth completion of disengagement of frontline troops in the Pangong Lake area”.

The statement said it was a “significant step forward” that provided a good starting point for the resolution of other disputes in the western sector of the contested border.

“The two sides agreed to... continue their communication and dialogue, stabilise and control the situation on the ground (and) push for a mutually acceptable resolution of the remaining issues,” the statement added.

India and China share a 3,500-kilometre border, with disputes at other points in Ladakh, including at Aksai Chin, a strategic corridor linking Tibet to western China next to the Galwan valley, and at Naku La pass further east, which connects Sikkim state with Tibet. — AFP

These were the details of the news India, China ‘complete disengagement’ of troops from part of border for this day. We hope that we have succeeded by giving you the full details and information. To follow all our news, you can subscribe to the alerts system or to one of our different systems to provide you with all that is new.