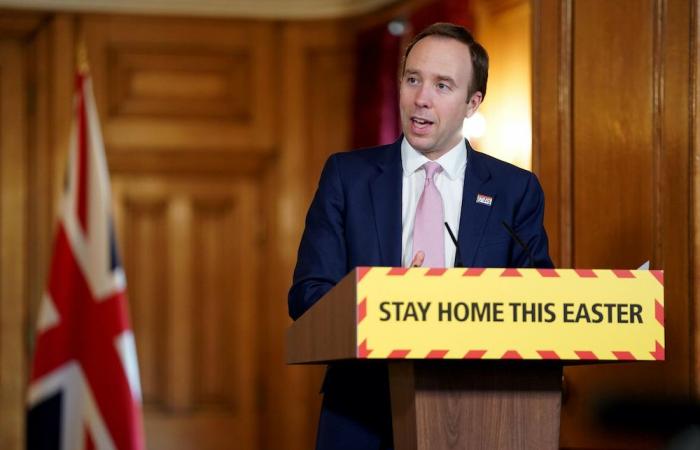 Hello and welcome to the details of UK to reopen in stages after driving down S. African Covid-19 variant, Hancock says and now with the details

LONDON, Feb 20 — Britain has started to drive down cases of the more infectious South African variant of coronavirus and will only emerge from lockdown in stages to make sure that does not change, the country’s health secretary said today.

A day before Prime Minister Boris Johnson sets out his plan to ease restrictions in England, Hancock said there was also early data showing that the faster-than-expected vaccine rollout was reducing transmissions and easing pressure on hospitals.

Britain has the world’s fifth-worst official Covid-19 death toll, with 120,365 fatalities, but an early drive to secure mass vaccine supplies means one in three adults has now had a first shot and daily death rates have started to fall.

Hancock said in total the United Kingdom had recorded around 300 cases of the more infectious South African variant of the disease that causes Covid-19.

“But most of those are now historic cases and from over a month ago,” he told the BBC’s Andrew Marr show. “The latest data shows that there’s around a dozen new ones, so a much, much smaller number.”

England has also introduced hotel quarantines to prevent variants from travelling from abroad.

So far, Britain has given a first dose of a vaccine to 17.2 million people, over a quarter of its 67 million population and behind only Israel and the United Arab Emirates in vaccines per head of population.

The government said on Sunday that all adults in Britain would be offered a first shot by the end of July, with a target to give a first dose to all over-50s by April 15.

But despite the improving picture, Hancock and leading epidemiologist John Edmunds said the restrictions must be eased gently and in stages, to see what impact the increased movement of people has on the virus.

Hancock suggested each easing could require a couple of weeks to detect the impact, before another part of the economy can reopen. Schools are expected to return first in early March.

Edmunds said it was difficult to say how widespread the South African variant was but that, like the rest of the pandemic, it was being held in place by the lockdown.

“The risk comes when we release the lockdown,” he said, adding that allowing the virus to circulate in younger healthier people could lead to further mutations that undermine the vaccine programme.

Johnson will set out his thinking on the easing of lockdown on Monday. Despite pressure from a section of lawmakers in his party who have been shocked by the 10 per cent contraction of the economy in 2020, the prime minister is expected to be wary.

“There should be no doubt — the route out of lockdown will be cautious and phased, as we all continue to protect ourselves and those around us,” Johnson said in a statement. — Reuters

These were the details of the news UK to reopen in stages after driving down S. African Covid-19 variant, Hancock says for this day. We hope that we have succeeded by giving you the full details and information. To follow all our news, you can subscribe to the alerts system or to one of our different systems to provide you with all that is new.