COVID-19 variants spark fears of a surge in central Europe 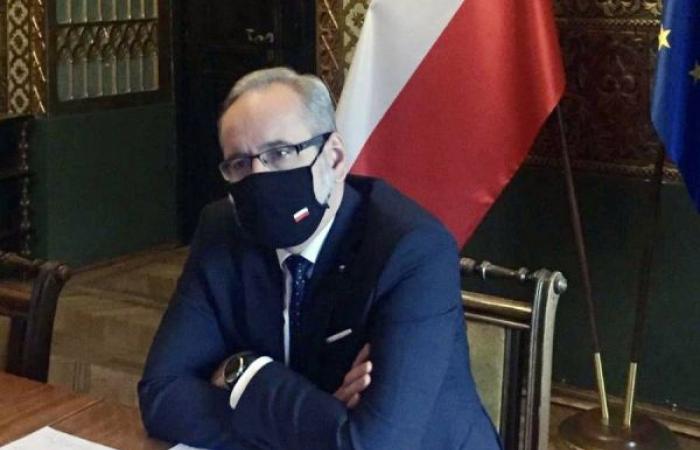 Hind Al Soulia - Riyadh - BRUSSELS — Central European countries warned of a COVID-19 surge on Friday due to the discovery of new variants.

The region, which includes countries such as the Czech Republic, Hungary, Poland and Slovakia, saw few infections during the first wave of the pandemic in the spring of 2020 but started being hit hard when the second wave unfurled itself across the Old Continent in the autumn.

New restrictions were announced by Prague on Friday while the number of COVID-19 patients in Slovakia has reached a new record high.

The government tightened measures on Friday amid a surge of the British variant, which is up to 70 percent more transmissible.

A planned reopening of non-essential shops next week has been postponed, while the use of cloth masks in places where large numbers gather, including stores, hospitals and public transportation, is no longer allowed. Instead, medical-grade masks, safety respirators or two surgical masks will instead be required.

Some Czech hospitals have been in a critical situation and have to transport COVID-19 patients to other clinics across the country. The number of patients needing intensive care was at a record high of over 1,200 this week. Only 14% of all ICU beds remain still available.

The three hardest-hit counties, on the border with Germany and Poland, are under a complete lockdown. The number of new infections per 100,000 inhabitants in the last seven days there is around 1,000.

The government will this weekend discuss whether to extend the complete lockdown to more counties. It is also planning to make COVID-19 tests mandatory for all employees not working from their homes.

The country has recorded more than 1.09 million cases since the beginning of the pandemic and deplored the loss of 18,250 people. According to the European Centre for Disease Prevention and Control (ECDC), the seven-day incidence rate stood at more than 968 cases per 100,000 inhabitants In the week ending Feb. 7.

In Hungary, where a steady decline in daily infections and deaths from December reversed course early this month, there are now fears of a new surge even as the country began receiving shipments of Russian and Chinese vaccines.

“We are clearly in the ascending phase of the third wave,” Chief Medical Officer Cecilia Muller told an online press briefing Friday. Over a third of the country's COVID-19 death toll has been recorded since the beginning of the year.

Restrictions in the country include a nighttime curfew, public gatherings are banned, family events are restricted to 10 people and public masks are mandatory in cities' public places.

The ECDC put the country's seven-day incidence rate at 205 cases per 100,000 inhabitants in the week ending Feb. 7.

He revealed that the first case of the South African variant had been confirmed in Poland. He also revealed that 10 percent of all cases now involve the British variant.

"It is up to us where the peak of this third wave will be," Niedzielski said, adding: "Responsible behavior is key."

More than 40,800 have succumbed to COVID-19 in Poland, according to the ECDC with more than 1.5 million cases confirmed since the beginning of the outbreak.

This week, Slovakia became the country with the most COVID-19 deaths by size of population in the world amid a surge of the British variant.

The number of COVID-19 patients in Slovakia’s hospitals reached a new record high of 3,900 on Thursday — a situation that has prompted leaders to appeal for outside help. So far, Austria, Poland and Hungary have agreed to deploy medical staff to Slovakia.

In the week ending Feb. 7, the country's seven-day incidence rate stood at 519 cases per 100,000 population, according to the ECDC. — Euronews

These were the details of the news COVID-19 variants spark fears of a surge in central Europe for this day. We hope that we have succeeded by giving you the full details and information. To follow all our news, you can subscribe to the alerts system or to one of our different systems to provide you with all that is new.