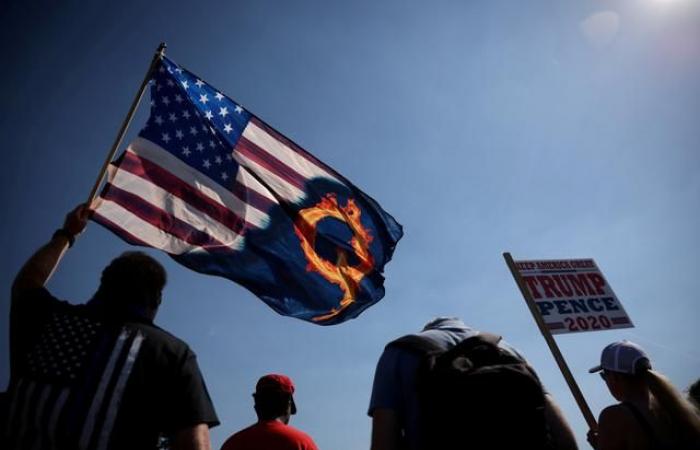 And there may be unforeseen longer-term consequences as conspiracy theories are spreading and trust in the political system is dwindling. That’s according to a new study by the German Amadeu Antonio Foundation, the British Hope Charitable Trust and the Swedish Expo Foundationthat surveyed 12,000 people in eight countries about their political attitudes.

A majority of the respondents in France, Italy, Poland and Hungary believe that the political system in their country is completely or partially broken. In Germany and Sweden, as many as one-third of the people share this view.

Prejudices against immigrants, Muslims and other marginalized groups are all on the rise. In all the countries surveyed, around one-third of respondents have a negative opinion of immigrants. In Hungary, the figure is 60 percent.

The political right, in particular, is trying to capitalize on this, said Joe Mulhall, of the Hope Charitable Trust.

“Though much of the European far-right has failed to exploit the pandemic as much as they hoped, it has ushered in a new age of conspiracy theories as people seek comfort in simple and monocausal explanations for a world seemingly out of control,” he said.

All over Europe, there have been protests against shutdowns and against governments in recent months — often fueled by conspiracy theories.

From the United States, the QAnon movement has spilled across the Atlantic, especially into Germany and the UK. The obscure theories of worldwide child trafficking and mind control by Hollywood stars, politicians and Jewish people tie in with long-established anti-Semitic tropes. The authors of the study believe that the main danger is that these prejudices could persist even after the end of the pandemic.

The study’s authors warn that the danger of right-wing terror attacks remains high throughout Europe.

Among conspiracy theorists, there is a shift from support for the major far-right parties and organizations to transnational movements that are only loosely organized, Mulhall said.

“Now, from the comfort and safety of their own homes, far-right activists can engage in politics by watching YouTube videos, visiting far-right websites, networking on forums, speaking on voice chat services like Discord, and trying to convert ‘normies’ on mainstream social media platforms like Twitter and Facebook,” he said.

These groups do not normally make concrete plans for attacks, according to the study’s authors, but they encourage them in their groups and share key knowledge.

Civil engagement against this hatred is difficult because the individuals cannot be easily physically located, but instead are constantly networking across national borders, they report.

But the three foundations have reason to be optimistic. The solidarity in many cities and communities brought on by the pandemic is encouraging: Families, neighborhoods and even strangers are helping and supporting each other all over Europe. Despite the hate, the past year has seen heartwarming examples of sacrifice, love, and hope.

These were the details of the news Conspiracy theories during coronavirus pandemic in Europe for this day. We hope that we have succeeded by giving you the full details and information. To follow all our news, you can subscribe to the alerts system or to one of our different systems to provide you with all that is new.