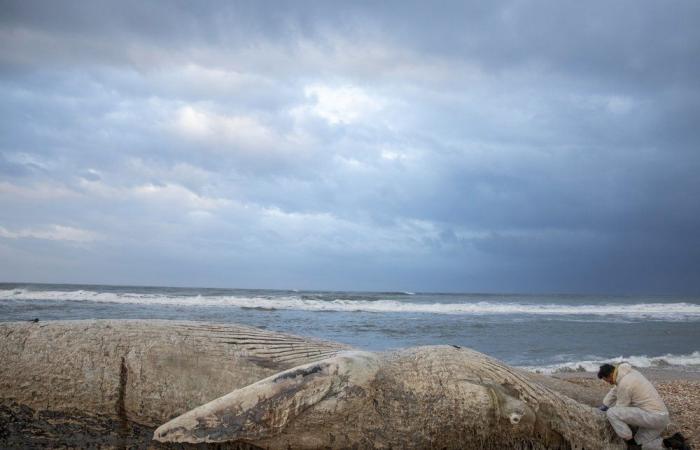 Mohamed Nass - Cairo - TEL AVIV, Israel (AP) — Israeli officials have said that a dead whale has washed up on a beach south of Tel Aviv.

David Halfon of the Nature and Parks Authority said Thursday that the animal was a fin whale calf about half the size of an adult, which can grow to more than 20 meters (about 66 feet) long. He and other officials said it wasn’t clear what caused the death, but they said the water nearby is polluted, including with tar.

“It’s a very sad event,” Halfon said of the whale’s death and appearance in the Nitzanim Reserve.

Aviad Scheinin of the Morris Kahn Marine Research Station said a team will take samples from the animal to try to determine a cause of death.

Shaul Goldstein, CEO of the Israel Nature and Parks Authority, said a “tar pollution” incident was plaguing area waters in the eastern Mediterranean Sea. He called for an investigation and prosecution of those responsible for the pollution.

A similar whale washed up dead in the area in 2016.

These were the details of the news Baby whale found dead on beach south of Israel’s Tel Aviv for this day. We hope that we have succeeded by giving you the full details and information. To follow all our news, you can subscribe to the alerts system or to one of our different systems to provide you with all that is new.