Transparency must rule Iraqi elections, ‘loyalties cannot be for sale’ 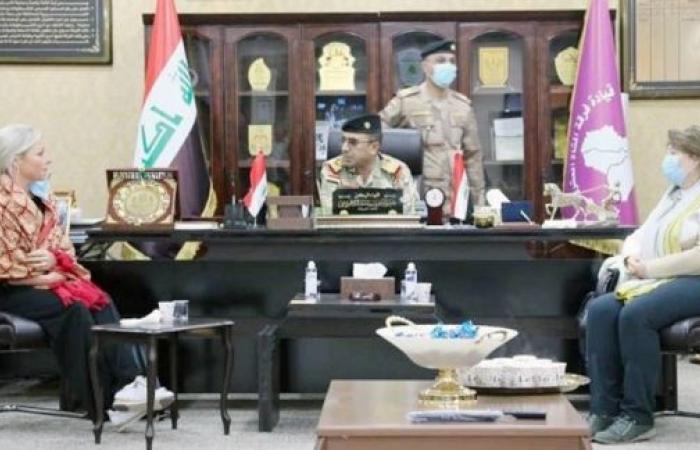 We show you our most important and recent visitors news details Transparency must rule Iraqi elections, ‘loyalties cannot be for sale’ in the following article

Hind Al Soulia - Riyadh - NEW YORK — A deadly rocket attack on Monday night in Irbil drew condemnation from the UN envoy in Iraq, who told the Security Council on Tuesday that “such reckless attempts to inflame tensions pose grave threats” to the country’s security.

“Close collaboration between Baghdad and Irbil, to bring the culprits to justice, is now of the greatest importance,” said Jeanine Hennis-Plasschaert, Special Representative and Head of the United Nations Assistance Mission for Iraq (UNAMI), referring to the cooperation with the Kurdish Region in the north.

The UN envoy updated that in consultation with the Independent High Electoral Commission, the Council of Ministers had decided that elections would be held on Oct. 10, four months later than originally planned.

But while parliament had passed financing legislation, it has not finalized the Federal Supreme Court law, which certifies election results. “Further delays cannot be accepted,” the UN envoy said, urging all parties to proceed immediately.

Against the backdrop that for elections to be trusted, “unfounded theories must be disproved, baseless accusations refuted, [and] intimidation replaced with accountability”, Hennis-Plasschaert said.

“Transparency must rule and loyalties cannot be for sale,” she underscored.

As credible polls require “a free and safe environment” for parties, candidates and the media, she called on all parties and authorities to “come together, to agree on a ‘code of conduct’” for free elections “without fear of intimidation, attack, abduction or assassination”.

Reminding the Council that it had received an electoral observation request from the government, the Special Representative expressed hope that Iraqis can continue to count on its “steadfast support and solidarity”.

“No matter what your response is, the elections will be Iraqi-led and Iraqi-owned at all times,” she said. “The UN does not take sides. Our independence and impartiality define us.”

While Iraq continues to experience acute financial and economic difficulties, a recent increase in oil revenues has “eased the liquidity crisis” and surging projected prices allow the government to move forward on pressing matters such as public services and civil servant salaries, the UN official pointed out.

But because “precious little progress has been made” in implementing reform measures, “Iraq can afford neither continued dependence on resource extraction, nor the excessive burden of an outsized public sector”, she continued.

“And as always, the fight against economic and political corruption, the promotion of robust governance, transparency and accountability, must all be the watchwords accompanying such reform,” Hennis-Plasschaert added.

Agreement on the 2021 budget law requires reconciliation and compromise between Baghdad and Erbil, which according to the UN envoy, “remains elusive”.

Constructive negotiations continue to be hampered by missing laws, including on oil, revenue sharing and disputed territories.

“To date, no agenda or timetable has been set to address these outstanding issues”, she said. And recent budgetary negotiations have not just centered on technical questions but were “inherently political — about deeper misgivings and mistrust”.

Hennis-Plasschaert re-emphasized that “a positive, stable relationship between federal Iraq and the Kurdistan Region is absolutely essential to the stability of the whole country”, as is enhancing and strengthening Iraq’s federal system, which requires concessions.

Although camp closures for internally displaced Iraqis, many of whom are women and children, have been in progress for the past three months, unwanted outcomes — such as secondary displacement or people returning to areas without sufficient shelter or basic services — are also ongoing, according to the UN Iraqi envoy.

She stressed that “the haste and opacity” surrounding camp closures can easily precipitate another crisis and said that “the focus must be on safe and dignified measures to solve displacement”, urging Iraqi authorities to adopt and roll out national plan for durable solutions.

“Al-Hol continues to be a ticking time bomb. And if it goes off, the impact will be immense,” Hennis-Plasschaert said, referring to repercussions for Iraq.

“Iraq has a responsibility to take back its citizens — starting with the humanitarian cases. Many promises have been made...and it is truly time to live up to them,” she spelled out. — UN News

These were the details of the news Transparency must rule Iraqi elections, ‘loyalties cannot be for sale’ for this day. We hope that we have succeeded by giving you the full details and information. To follow all our news, you can subscribe to the alerts system or to one of our different systems to provide you with all that is new.