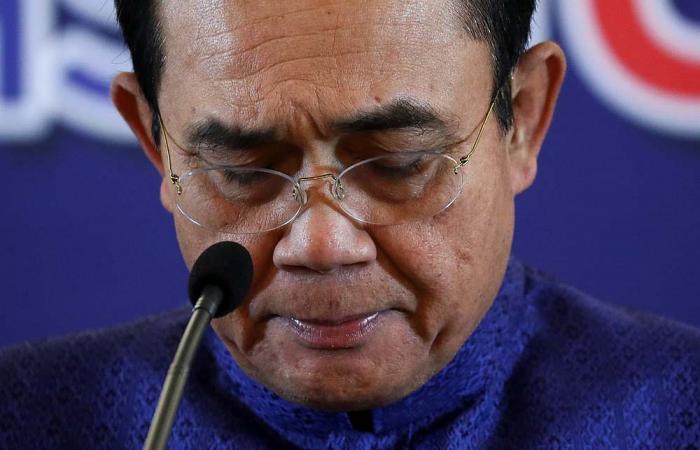 BANGKOK, Feb 16 — Thai premier Prayut Chan-O-Cha faced a torrent of vitriol from opposition MPs today over his handling of a pandemic-bruised economy, amid a renewed push from a pro-democracy movement calling for his resignation and royal reforms.

The verbal assault came at the start of a four-day no-confidence debate, with lawmakers set to vote on Saturday on the administration’s fate.

While Prayut—who came to power in a 2014 coup—is expected to survive the vote, the debate could set off internal struggles within his party.

“His government can only be a parasite government which destroys the country’s future and people’s dreams,” Sompong Amornvivat, leader of the opposition Pheu Thai party, told parliament, during a debate televised nationwide.

Protesters have returned to the streets in recent weeks, renewing calls for the former general’s resignation and reforms to the kingdom’s unassailable monarchy.

Echoing some protest leaders, opposition lawmakers took aim at Prayut’s climb to power from coup leader to premier, after an election governed under a military-scripted constitution.

The no-confidence debate comes after the government announced the Thai economy’s worst full-year performance in more than two decades, registering a 6.1 per cent contraction in 2020.

The kingdom was largely spared the worst of the coronavirus, but pandemic-spurred partial lockdowns have hit its export- and tourism-reliant economy hard.

It was struggling even before the pandemic, with rising costs of living and household debts laying bare the yawning divide between the haves and have-nots of Thai society.

“You are lucky that Covid can be your excuse, and every country is facing the same situation,” said another Pheu Thai MP, Suthin Klangsaeng.

A resurgence of the youth-led pro-democracy movement in the past week followed the detention of four prominent leaders on royal defamation charges—a law that protesters have demanded be abolished.

More leaders are expected to report themselves to court for lese majeste charges tomorrow.  — AFP

These were the details of the news Thai PM faces no-confidence vote amid renewed protests for this day. We hope that we have succeeded by giving you the full details and information. To follow all our news, you can subscribe to the alerts system or to one of our different systems to provide you with all that is new.