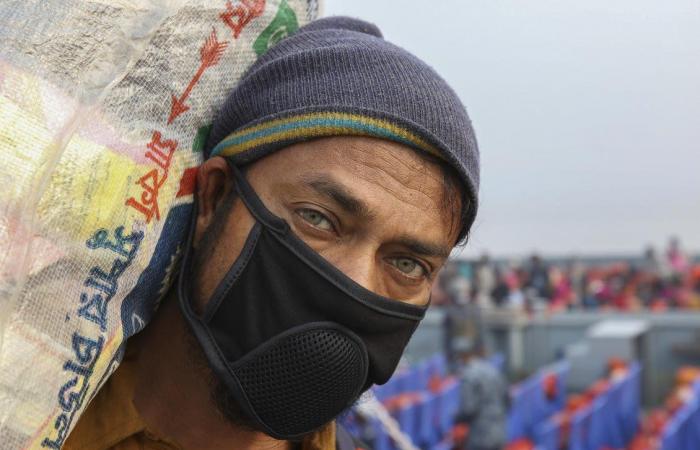 Jeddah - Yasmine El Tohamy - LONDON: A new coronavirus variant has been detected in the UK, with scientists warning that a surge in new testing is crucial to prevent its spread.

The B1525 variant contains an alarming set of new mutations, experts have said. It is the subject of a study by University of Edinburgh researchers, who warn that it has been found in 10 countries — including Denmark, the US and Australia — while there are 32 known cases in the UK.

The earliest forms of the variant, first detected in December, have been traced to the UK and Nigeria.

The University of Edinburgh team says B1525 shares many similarities with the B117 Kent variant but contains concerning new mutations, including the E484K spike protein that helps the virus enter cells.

The E484K mutation is also contained in the variants that emerged from South Africa and Brazil, and is believed to cause the virus to evade neutralizing antibodies.

Dr. Simon Clarke, an associate professor of cellular microbiology at the University of Reading, warned that the E484K mutation is known to protect coronavirus variants from being neutralized by some vaccines.

“We don’t yet know how well this new variant will spread, but if it’s successful it can be presumed that immunity from any vaccine or previous infection will be blunted,” he said.

“I think that until we know more about these variants, any variants that carry E484K should be subject to surge testing as it seems to confer resistance to immunity, however that’s generated.”

Ravi Gupta, professor of clinical microbiology at the University of Cambridge, also said surge testing is necessary, but warned that B1525 has other properties that “likely help it escape from our antibodies.”

Prof. Jonathan Stoye of the Francis Crick Institute said despite the spread of the new variant, surge testing poses several problems, including people at high risk of contracting coronavirus failing to come forward because they cannot afford the financial hit resulting from a positive test.

However, the similarities between coronavirus variants mean that modifications to existing vaccines could offer much-needed protection.

Stoye said: “This E484K change seems to be the key change at the moment to allow escape, so that’s the one you put into a tweaked vaccine.”

These were the details of the news More Rohingya moved to remote Bangladesh island for this day. We hope that we have succeeded by giving you the full details and information. To follow all our news, you can subscribe to the alerts system or to one of our different systems to provide you with all that is new.