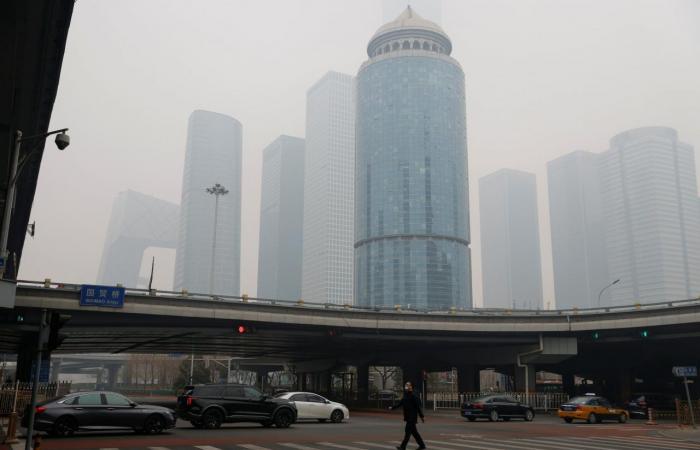 Mohamed Nass - Cairo - BEIJING (Reuters) – Beijing was once again shrouded in smog on Saturday after several days of heavy pollution which have plagued China’s capital during the Lunar New Year national holiday.

Visibility across Beijing was severely limited by the smog on the second day of Lunar New Year, with the tops of the city’s Beijing’s tallest group of buildings in the east of the city almost completely covered by the haze.

The PM 2.5 level – which measures pollution – in the city’s urban areas reached 239 micrograms per cubic meter according to state news agency Xinhua.

Local authorities had issued a yellow alert for heavy air pollution on Thursday. China has a colour-coded, four-tier warning system for air pollution, with red the most serious, followed by orange, yellow and blue.

“The air is horrible,” said cosmetics sector worker Katie Li, 35, as she made her way to the gym.”

“Starting the Lunar New Year with this kind of weather is a bit depressing,” she added.

Staff at the Mutianyu section of the Great Wall of China in the north of Beijing said that they had received around 5,000 visitors on Saturday, a far cry from their usual daily capacity of 20,000 although they have capped numbers to around half of that due to COVID-19 restrictions.

Some visitors complained about the haze affecting the views. But others, such as 32-year-old banking sector worker Brandon Chen, were unfazed by the conditions.

“Even though the air isn’t great, for Chinese people walking up to a high point in the new year carries a lot of importance,” Chen said.

“Doing so will mean things will get better and better for you in your life and you’ll become more prosperous with each passing day,” he added.

These were the details of the news Beijing smog casts gloom over China’s Lunar New Year holiday for this day. We hope that we have succeeded by giving you the full details and information. To follow all our news, you can subscribe to the alerts system or to one of our different systems to provide you with all that is new.