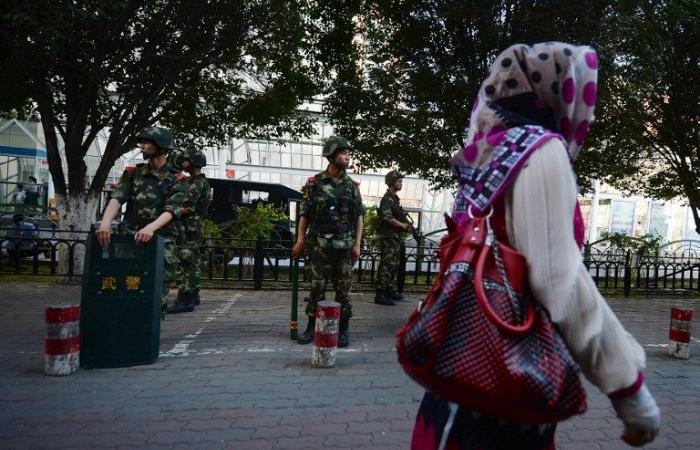 The decision came just days after Britain’s own regulator revoked the licence of Chinese broadcaster CGTN for breaking UK law on state-backed ownership, and provoked angry accusations of censorship from London.

The move will do little to improve relations between the two countries, which have been increasingly strained by China’s introduction of a security law in Britain’s former colony, Hong Kong.

That includes “the requirement that news should be truthful and fair” and not “harm China’s national interests”.

The administrator “does not permit the BBC to continue broadcasting in China, and does not accept its new annual application for broadcast”, it added.

The BBC said it was “disappointed” with the move, which applies to mainland China, where the channel is already censored and restricted to international hotels.

“The BBC is the world’s most trusted international news broadcaster and reports on stories from around the world fairly, impartially and without fear or favour,” a BBC spokeswoman said.

“China has some of the most severe restrictions on media and internet freedoms across the globe, and this latest step will only damage China’s reputation in the eyes of the world,” he added.

In Washington, State Department spokesman Ned Price denounced the BBC ban and called on China to allow an “informed citizenry” that can freely exchange ideas.

“We call on the PRC and other nations with authoritarian controls over their population to allow their full access to the internet and media,” Price told reporters, referring to the People’s Republic of China.

British lawmaker Tom Tugendhat, a hawk on UK-China ties who has formed the China Research Group of like-minded MPs, criticised the move as “both regrettable and entirely unsurprising”.

“While this is a largely symbolic tit-for-tat retaliatory move, the deteriorating environment for journalism in China is a concern for us all,” he told AFP.

“The (Chinese Communist Party’s) increasingly aggressive approach to foreign media, while promoting its own state media outlets across the globe, is an issue which deserves far more scrutiny.”

The BBC has also aired a hard-hitting documentary accusing China of covering up the origins of the Covid-19 pandemic around the city of Wuhan in late 2019.

It aired its report detailing harrowing accounts of torture and sexual violence against Uighur women in Chinese camps on February 3.

The lengthy investigation based on witness testimonies reported claims of systematic rape, sexual abuse and torture of women detainees by police and guards in China’s western region of Xinjiang.

The region is home to the mainly Muslim Uighur minority and has seen a sweeping security crackdown by Chinese forces in recent years in response to separatist unrest.

“The screams echoed throughout the building,” one was quoted as saying.

Rights groups believe at least one million Uighurs and other Turkic-speaking Muslims are incarcerated in camps in Xinjiang.

The Chinese foreign ministry has dismissed the BBC investigation as “false”. Britain’s government said it showed “clearly evil acts”, and there was strong condemnation from the US State Department.

But London has resisted pressure to follow the current and former US administrations and call the treatment of the Uighurs “genocide”.

China is accused of compelling Uighurs to parrot Communist propaganda and renounce Islam, forcibly sterilising women and imposing a regime of forced labour.

China last week said British regulator Ofcom’s decision to pull CGTN from the airwaves was based on “ideological prejudice and political reasons”.

Ofcom said CGTN’s licence holder, Star China Media Ltd, had failed to show it had editorial oversight over the network and that a proposed transfer to another media group would still keep it tied to the Chinese Communist Party. ­— Bernama

These were the details of the news China pulls BBC World News off air for this day. We hope that we have succeeded by giving you the full details and information. To follow all our news, you can subscribe to the alerts system or to one of our different systems to provide you with all that is new.