Hind Al Soulia - Riyadh - WASHINGTON — At least five people were killed and at least 36 people taken to hospitals in a pileup involving dozens of vehicles in poor weather on Interstate 35W in the Texas city of Fort Worth on Thursday morning, officials said.

The crash was one of several reported in the Dallas-Fort Worth and Austin areas during dicey weather conditions Thursday, including freezing rain and accumulating ice.

In Fort Worth, the I-35W pileup — reported around 6 a.m. CT — involved 75 to 100 vehicles over a roughly a mile-long stretch, Fort Worth police Officer Daniel Segura said.

Because of the wreck, I-35 was backed up in both directions from I-30 to I-820 Thursday morning, Fort Worth police said on Twitter.

Areas of light freezing rain and some sleet were in the Dallas-Fort Worth area Thursday morning around the time of the wreck. About a 10th of an inch of ice accumulated just north of Fort Worth, the National Weather Service said.

"The weather conditions are definitely a factor" in the I-35W wreck, Segura said.

With temperatures in the mid-20s Thursday morning, first responders were taking steps to keep people warm — including those who weren't injured.

"We were able to get a couple of buses from the fire department to actually put some of the victims from the crash — who were not patients but could've become patients because of hypothermia — into the buses so they got out of the cold environment," said Matt Zavadsky, spokesman for the MedStar ambulance service.

The area is under a winter weather advisory until 6 p.m. because of ice accumulation, which would result in "very slippery sidewalks, roads and bridges," the weather service said.

"So many traffic/accidents this morning, especially across the DFW Metroplex," the Fort Worth weather office said in a tweet. "These events are so dangerous because the ice is spotty. We can't stress enough that road conditions could go from good to dangerous within blocks. Take it slow out there... #dfwwx #ctxwx #txwx."

In Austin, roughly a 180-mile drive south of Fort Worth, five people were taken to hospitals because of a pileup involving 26 vehicles on State Highway 45 on Thursday morning, the Austin-Travis County Emergency Medical Services Department said.

Ice had been reported on an overpass where the wreck happened, department Capt. Darren Noak said. — Courtesy CNN

These were the details of the news At least 5 dead in 100-car pileup in Texas for this day. We hope that we have succeeded by giving you the full details and information. To follow all our news, you can subscribe to the alerts system or to one of our different systems to provide you with all that is new. 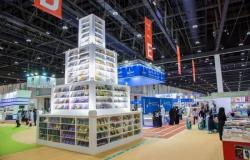 Abu Dhabi International Book Fair to commence on May 23 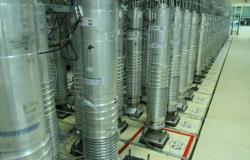 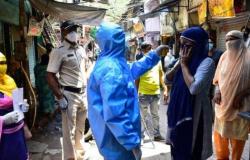