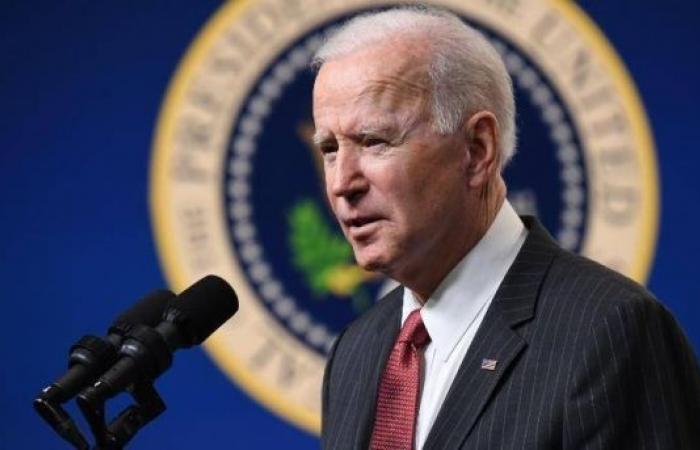 We show you our most important and recent visitors news details Biden says US will sanction military leaders, family members behind Myanmar coup in the following article

In brief remarks, the President said he had approved a new executive order allowing the United States to "immediately sanction the military leaders who directed the coup, their business interests as well as close family members." He said they would identify targets of those sanctions this week.

"The US government is taking steps to prevent the generals from improperly having access to the one billion dollars in Burmese government funds held in the United States," Biden noted.

"We're also going to impose strong export controls," he added. "We're freezing US assets that benefit the Burmese government while maintaining our support for health care, civil society groups, and other areas that benefit the people of Burma directly," he said, using another name for Myanmar.

Biden called on the military junta to release detained protesters and civilian leaders, including Aung San Suu Kyi and Win Myint, and cease their crackdowns on demonstrators.

"The military must relinquish the power they've seized and demonstrate respect for the will of the people of Burma, as expressed in their November 8 election," he said, stressing that the issue remains of bipartisan and international concern.

"We'll be ready to impose additional measures and we'll continue to work with our international partners to urge other nations to join us in these efforts," Biden said.

Earlier on Wednesday, White House press secretary Jen Psaki said that the effort would go beyond unilateral actions to include "working with our partners and allies, including in the region, to determine the right ways to put pressure on and have engagement."

She added that there are "ongoing discussions and talks with our partners and allies in Asia and Europe, and you know there's certainly a recognition that this will need to be a coordinated effort."

State Department spokesperson Ned Price said Tuesday that "the international community is attempting every avenue to ensure that democracy and civilian leadership is restored in Burma."

"We are making no bones about where we stand when it comes to the military's need to relinquish power," Price said. "We are undertaking a careful review of the assistance that we provide to Burma and with an eye towards ensuring that those responsible for this coup do face significant consequences." — Courtesy CNN

These were the details of the news Biden says US will sanction military leaders, family members behind Myanmar coup for this day. We hope that we have succeeded by giving you the full details and information. To follow all our news, you can subscribe to the alerts system or to one of our different systems to provide you with all that is new.