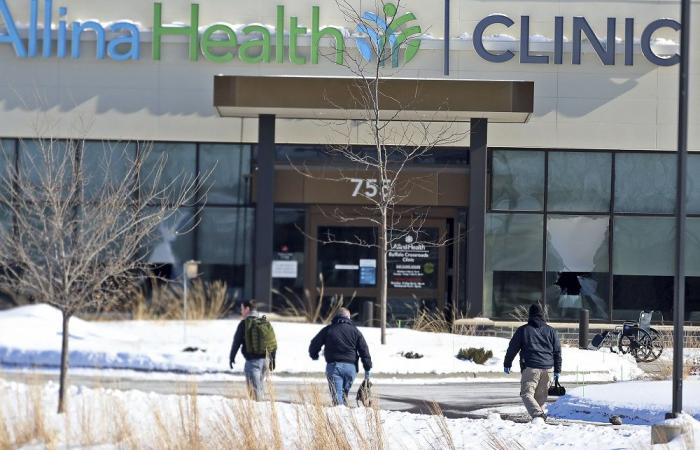 Hello and welcome to the details of Elderly man arrested in Minnesota clinic shooting that killed one, wounded four and now with the details

BUFFALO, Feb 9 — An elderly gunman shot one person to death and wounded four others inside a Minneapolis-area medical clinic yesterday before the suspect, believed to be a disgruntled former patient, was arrested at the scene, police said.

Gregory Paul Ulrich, 67, also described by authorities as an individual well known to law enforcement, was taken into custody shortly after late-morning gunfire erupted at the Allina Health Clinic in Buffalo, Minnesota, about 35 miles (55 km) northwest of Minneapolis.

Local media reported an explosion accompanied the shooting, but officials said they could not immediately confirm those reports. The Minneapolis Star Tribune, citing an emergency dispatch audio, said a bomb exploded in the clinic about 30 minutes after the gunfire.

Buffalo Police Chief Pat Budke told reporters investigators believe the suspect, a longtime Buffalo resident, acted alone and singled out the clinic over a personal grudge against the facility or its staff.

“The history we have as a department with this individual makes it most likely that this incident was targeted at that facility or at someone in that facility,” Budke said.

The police chief referred to an unspecified past “conflict” the suspect had with local healthcare providers.

Ulrich was scheduled to appear for arraignment in the case tomorrow, police said.

Five people wounded by gunfire were transported to area hospitals, Allina Health executive Kelly Spratt said at the news conference. Spratt declined to say whether the victims were clinic patients or staff.

One of the victims later died, according to Christine Hill, a spokeswoman for the Hennepin County Medical Centre in Minneapolis. Three others were listed in critical but stable condition at North Memorial Hospital in nearby Robbinsdale, Minneapolis television station KMSP reported.

Video footage of the clinic broadcast by KMSP-TV showed several front windows shattered and an empty wheelchair on the sidewalk near the entrance after the shooting.

Bomb squad investigators called to the scene were examining a suspicious package found in the clinic’s lobby. Additional “suspicious devices” were found at a nearby motel where Ulrich was staying, said Wright County Sheriff Sean Deringer.

The sheriff said the motel was evacuated as a precaution, and nearby schools were also placed under security lockdown.

The sheriff said there were records of several “calls for service” to police about Ulrich dating back to 2003. “He’s no stranger to law enforcement,” he added.

Earlier, Minnesota Governor Tim Walz told a separate briefing he understood that “improvised explosive devices” were involved but did not say whether any had been detonated. — Reuters

These were the details of the news Elderly man arrested in Minnesota clinic shooting that killed one, wounded four for this day. We hope that we have succeeded by giving you the full details and information. To follow all our news, you can subscribe to the alerts system or to one of our different systems to provide you with all that is new.