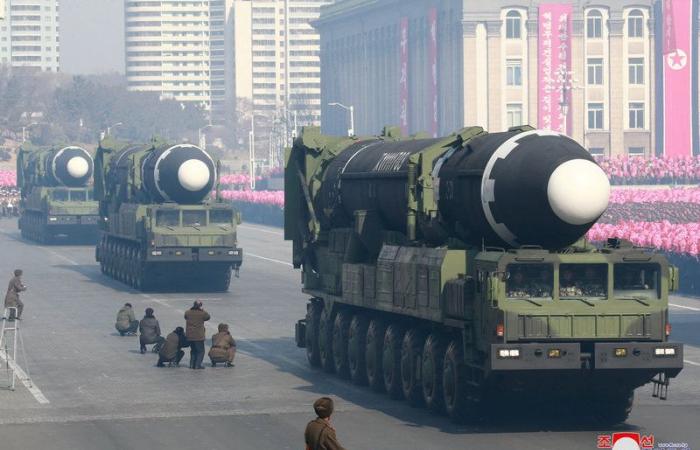 Hello and welcome to the details of North Korea stole US$300m in crypto to fund nukes, say UN experts and now with the details

SEOUL, Feb 10 — North Korea has stolen more than US$300 million (RM1.21 billion) worth of cryptocurrencies through cyberattacks in recent months to support its banned nuclear and ballistic missile programmes, a confidential UN report said.

Compiled by a panel of experts monitoring sanctions on Pyongyang, the report said the country’s “total theft of virtual assets from 2019 to November 2020 is valued at approximately US$316.4 million”, citing a UN member state.

Financial institutions and exchanges were hacked to generate revenue for Pyongyang’s nuclear and missile development, said the report, which was seen by AFP.

The vast majority of the proceeds came from two thefts late last year.

The North is known to operate an army of thousands of well-trained hackers who have attacked firms, institutions and researchers in South Korea and elsewhere.

It has also been accused of exploiting its cyber capabilities for financial gain.

The North is under multiple sets of international sanctions over its banned nuclear weapons and ballistic missile programmes, which have made rapid progress under leader Kim Jong-un.

A summit between Kim and then-US president Donald Trump in Hanoi in February 2019 broke down over sanctions relief and what Pyongyang would be willing to give up in return.

Nuclear talks have been stalled ever since, while the North showed off several new missiles at military parades in October and last month, when Kim pledged to strengthen his nuclear arsenal.

The UN panel said it was investigating a September 2020 hack against a cryptocurrency exchange that resulted in US$281 million worth of cryptocurrencies being stolen.

A second cyberattack siphoned off US$23 million a month later.

“Preliminary analysis, based on the attack vectors and subsequent efforts to launder the illicit proceeds strongly suggests links to the DPRK,” the report said, using the initials for the North’s official name.

Pyongyang’s cyberwarfare abilities first came to global prominence in 2014 when it was accused of hacking into Sony Pictures Entertainment as revenge for “The Interview”, a satirical film that mocked leader Kim.

The attack resulted in the posting of several unreleased movies as well as a vast trove of confidential documents online.

The North is also blamed for a huge, US$81 million cyber-heist from the Bangladesh Central Bank, as well as the theft of US$60 million from Taiwan’s Far Eastern International Bank.

The North’s hackers have allegedly stepped up campaigns to raise funds by attacking cryptocurrency exchanges as the value of bitcoin and other cybercurrencies soared.

They were blamed for the 2017 WannaCry global ransomware cyberattack, which infected some 300,000 computers in 150 nations encrypting user files and demanding hundreds of dollars from their owners for the keys to get them back.

Pyongyang has denied the accusations, saying it has “nothing to do with cyber-attacks”. — AFP

These were the details of the news North Korea stole US$300m in crypto to fund nukes, say UN experts for this day. We hope that we have succeeded by giving you the full details and information. To follow all our news, you can subscribe to the alerts system or to one of our different systems to provide you with all that is new.